Cooper: “Promotion has always been the target for Crewe” 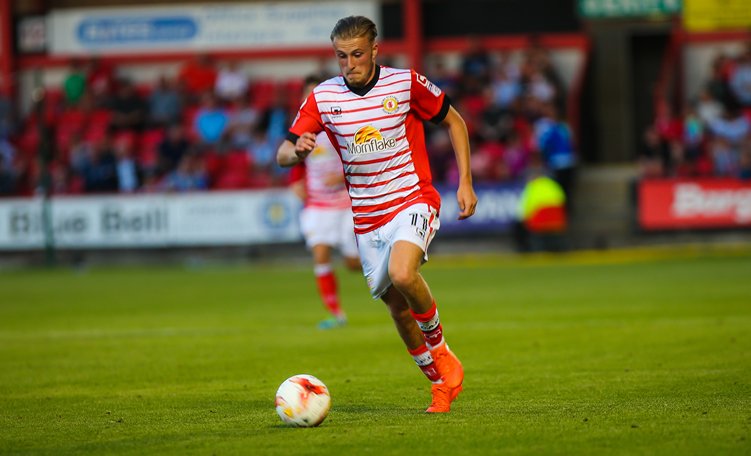 George Cooper has revealed that Crewe Alexandra are aiming for nothing less than a top-seven finish in League Two this season.

The 20-year-old, who was part of The Railwaymen squad that suffered relegation from League One last term, is determined to steer the club back into the third-tier of English football at the first time of asking come May.

Cooper, who has been at Crewe since he was six-years-old, exclusively told Shoot!, “Yeah, top seven [is our target].

“That is what we set out at the start of the season.

“We started off very well, we were third at one point. We’ve been trying to get our confidence back in training.

“We just need one result to go our way and then hopefully we’ll push on from there.

“If we can get a nice run together over Christmas, we’ll be right back in there.”

Having scored six goals and provided six assists already this campaign, having netted just once last year, the Warrington-born winger is enjoying the best spell of his Crewe career to date.

However, when asked what his personal objective is for the 2016-17 season, Cooper was keen to keep it a secret.

“I keep it to myself! In case I don’t reach it,” he admitted.

But despite his starring role at Gresty Road this campaign, the forward admits he is still getting used to the physicality and intensity in League Two.

“It is still difficult because it seems everyone is 6ft 2in these days,” Cooper joked.

“So you just have to try and out think your opponents. Obviously they are bigger and stronger than me, so you have to be more clever when you get the ball.

“You have to figure out what you want to do with the ball before you even get it, otherwise you get nailed!”