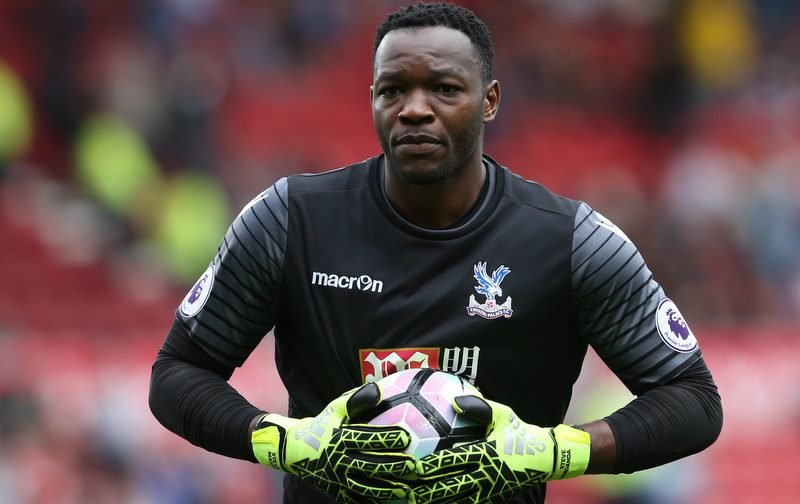 Crystal Palace look set to lose goalkeeper Steve Mandanda this summer, who’s been linked with a return to former club Marseille, according to the latest reports in the Mirror.

The shot stopper moved to Selhurst Park in the summer, but hasn’t played since December thanks to a knee injury, during which time Palace have moved deeper and deeper into relegation trouble.

Mandanda, 31, said, “Quite simply: everyone knows the attachment I have for Marseille.

“It would be a great pleasure to return, because my feeling for the club is enormous.

“If I have to return to France it will be with Marseille and nobody else.”

The former Le Havre ‘keeper played over 300 games for Marseille, who have recently signed Dimitri Payet as a signal of their wish to move to the top of French football.

Palace are currently second bottom in the Premier League standings and have won just two of their last ten league games as they’ve struggled under new boss Sam Allardyce to find any real form and move away from the relegation zone.

With the club just two points away from safety, this Saturday’s game against Swansea City could prove essential to their survival and with it any hopes they have of keeping hold of the France international.