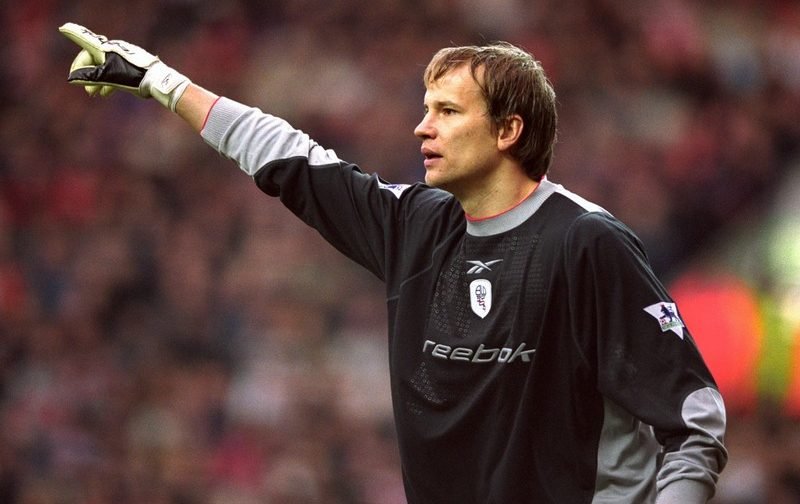 On Christmas Day, we’re giving Bolton Wanderers fans a little festive treat by looking back at Jussi Jääskeläinen’s spell with The Trotters…

It was November 1997, and Colin Todd, the then manager of Bolton Wanderers, signed a young goalkeeper for £100,000 by the name of Jääskeläinen.

The transfer would go down as one of the greatest bargain deals in the history of English football.

Over the next 15 years, Jääskeläinen went onto make 527 appearances in all competitions, cementing his place as Wanderers’ joint third all-time record appearance holder.

During his time in Greater Manchester, Jääskeläinen helped The Trotters to two European campaigns in the UEFA Cup, and regular top eight finishes in the league, as Sam Allardyce’s unglamorous upstarts challenged the elite of the Premier League in the mid-2000s.

A native of Mikkeli, in Eastern Finland, Jääskeläinen started out at local club, Mikkelin Palloilijat, prior to being snapped up by Veikkausliiga side, VPS Vaasa, one of the country’s top teams.

The move represented an opportunity for Jääskeläinen to make his mark away from his homeland, as Bolton swooped in to sign the youngster from under the noses of Norwich City, who had previously taken the 22-year-old on trial a month earlier.

In August 1998, Bolton travelled down to Selhurst Park as they kicked-off their Division One season with a 2-2 draw with Crystal Palace. The fixture in South London proved to be a significant occasion for Jääskeläinen, who made his first-team debut.

Surrounded by a core group of Scandinavian and Nordic exports early on in his career in England, Jääskeläinen would soon become the first-choice goalkeeper at the Reebok Stadium under the watchful eyes of Bolton’s ‘keeper coach at the time, Fred Barber, a man who became not just a mentor, but a friend of the shot-stopper.

Unfortunately, Jääskeläinen missed Bolton’s 2000/01 promotion winning campaign back to the Premier League through a cruciate knee ligament injury, though he would later flourish in England’s top-flight, excelling as one of the finest ‘keepers of his era, and proved on countless occasions to be ‘Mr Reliable’ for his side. 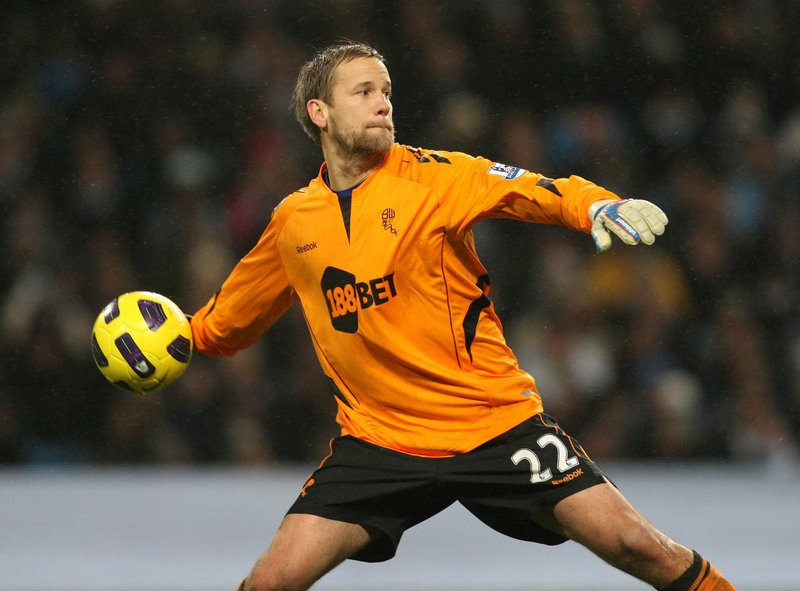 As Bolton navigated their way through a Premier League return in the early part of the new Millennium, the pedigree of their young Finn increased, most notably after making that double save at Old Trafford in October 2001, during a 2-1 win at Manchester United.

Jääskeläinen’s heroics in that famous triumph, keeping out Paul Scholes, and then somehow Andrew Cole in quick succession did not go unnoticed, with the effort being crowned the best save in the history of the competition in 2012.

Following the relegation battles of previous seasons, Jääskeläinen was a part of the Whites squad that reached the League Cup final in 2004, only to lose against Middlesbrough in Cardiff.

A year later, Bolton made history by qualifying for Europe for the first time, bowing out at the Round of 32 stage against French giants Marseille over two legs, in a memorable adventure for Allardyce’s plucky outfit.

In October 2006, Jääskeläinen made headlines once again after making a double penalty save in a 1-0 victory away to Blackburn Rovers at Ewood Park. He successfully kept out attempts from 12-yards by Jason Roberts and Benni McCarthy to earn his team maximum points in the local derby.

It could be argued that the veteran custodian, who won 56 senior international caps for his country, did not get the plaudits that he deserved due to the club that he represented. Once converted by some of the continents biggest sides, Jääskeläinen stayed, when he could have quite easily competed at a higher level.

After Allardyce resigned suddenly in April 2007, Jääskeläinen remained an influential squad member of a club in transition during the autumn spell. The stalwart helped Wanderers to another shot at the UEFA Cup, where they reached the last-16 stage in the 2007-08 season, as well as a run to the FA Cup semi-final in 2011.

At the conclusion of the 2011-12 season, a campaign in which Bolton were relegated to the Championship after an 11-year stay in the top division, Jääskeläinen rejected a new contract, having been displaced in the starting line-up by Adam Bogdan, the preferred choice for manager Owen Coyle, in favour of a reunion with Allardyce at West Ham United that summer.

Jääskeläinen spent three-years in East London, where he preserved the Hammers’ top-flight status, before returning to the North West in August 2015 to sign for Wigan Athletic, winning the League One title at the Latics last term, aged 41.

While it is four-years since his departure, Jääskeläinen’s legacy at Bolton remains in the form of his son, 18-year-old William, also a goalkeeper, who signed professional terms last summer.