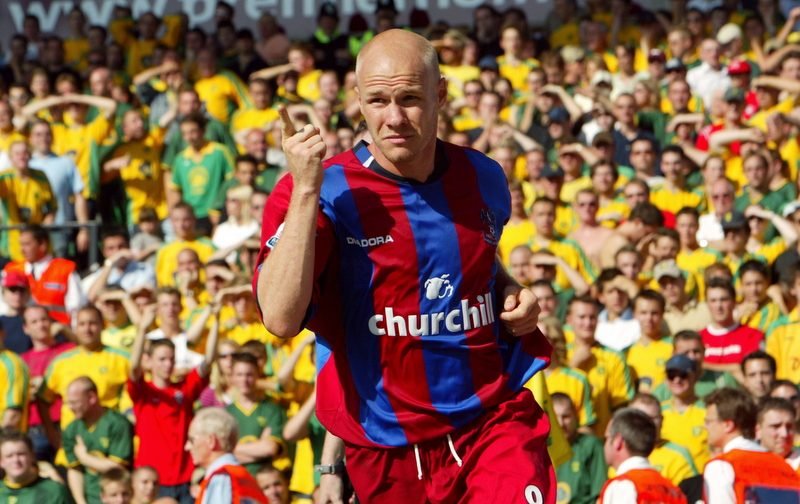 So today, on his 36th birthday, we’re taking a look back at former Crystal Palace striker Andrew Johnson.

However, you’ll easily stir up a debate about whether the ex-England international is in fact a club legend, or a cult hero, after two playing spells with The Eagles.

He joined Palace from Birmingham City back in 2002, used as a makeweight for fellow striker Clinton Morrison, following The Blues’ promotion to the Premier League.

But, it was Johnson who proved the better buy, scoring 14 goals in all competitions during his debut season, including two successive hat-tricks against Brighton and Hove Albion and Walsall in the First Division [Championship], finishing the term as the club’s top goalscorer.

The 2003-04 campaign proved even more profitable for Johnson and Palace, as the forward once again finished top of the goalscoring charts, netting 32 times in all competitions, helping Iain Dowie’s side achieve promotion to the Premier League after defeating West Ham United 1-0 in the play-off final. 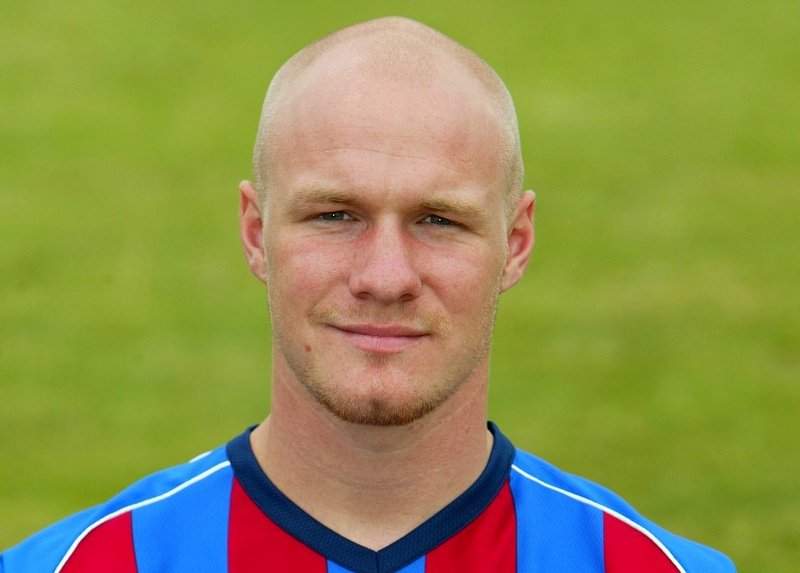 Upon Palace’s return to the top-flight; Johnson was part of the squad that suffered relegation straight back down to the Championship after finishing 18th in the 2004-05 Premier League standings, just one point adrift of safety.

However, the Bedford-born star finished the season as the highest scoring English player and the Premier League’s second highest goalscorer overall with 21 league strikes, the most goals scored by a Crystal Palace player in the top-flight.

An impressive record that attracted the interest of England manager Sven-Goran Eriksson, who handed him his senior England debut against the Netherlands earlier on in February.

But, following relegation, and having starred for club and country; Johnson requested a move away from Selhurst Park, with numerous clubs ready to offer the Three Lions international a return to the top-flight.

However, come August, the striker performed a U-turn and put pen to paper on a new five-year contract, vowing to fire Palace back into the Premier League.

Rather unsurprising, Johnson finished as The Eagles’ top scorer in their first season back in the second-tier, scoring 17 times as Palace finished sixth – losing to Watford during the play-off campaign.

Having failed to seal an instant return to the Premier League, speculation grew once more surrounding Johnson’s future at Selhurst Park, with Everton favourites to lure the England forward to Goodison Park.

After an initial £7.25m bid was rejected, an improved £8.5m offer from The Toffees was accepted and Johnson signed a five-year contract on Merseyside in May 2006.

He went on to score 22 goals in 74 games for Everton until the summer of 2008, before agreeing a move to Fulham, where he spent four years at Craven Cottage, netting 27 times in all competitions. 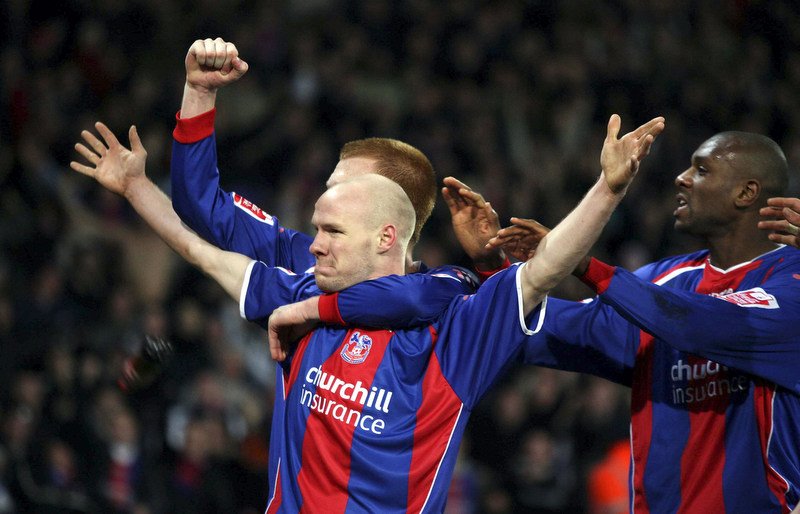 A two-year spell followed with Queens Park Rangers, where he was blighted by injuries, managing just two strikes in 24 appearances.

But upon the expiry of his contract at Loftus Road in July 2014, former club Crystal Palace came calling, offering Johnson a short-term deal on a free transfer in September.

Unfortunately for Johnson and his adoring Eagles fans, his second spell at Selhurst Park lasted just four months, after appearing just once under boss Neil Warnock in the League Cup.

Nevertheless, Palace fans rejoiced when the club announced that they had brought back Johnson for a third time – but not for playing purposes.

Instead, the former Premier League hitman has become an ambassador for Crystal Palace, where he also undertakes some coaching responsibility.

Having scored 85 goals in 161 appearances for The Eagles – averaging better than a goal every other game – plus, being voted into the club’s Centenary XI, alongside fellow greats Nigel Martyn, Jim Cannon, Andy Gray and Ian Wright, Johnson thoroughly deserves his ambassadorial role at Selhurst Park.