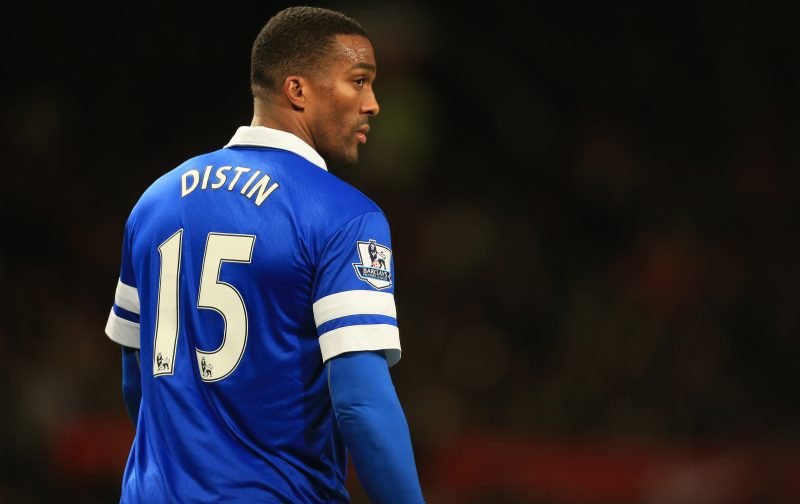 So, here at Shoot! we want to give these great players the appreciation they deserve and, having reviewed Ray Parlour’s excellent Arsenal career last time, it’s time to go to Merseyside and profile an Everton defender who celebrates his 39th birthday today, and was a stalwart of the Toffees defence before his release in 2015… Sylvain Distin.

The French defender spent five years at Manchester City between 2002 and 2007, making 206 appearances for the club, before moving to then-fellow Premier League side Portsmouth, where he would go to play 95 games, and help them win the FA Cup in 2008.

Unsurprisingly, his great form for Pompey, where he was named club captain following Sol Campbell’s departure, earned him a £5 million move to Everton in the summer of 2009.

The Toffees had just come off the back of an FA Cup final defeat to Chelsea and a fifth place finish in the Premier League when David Moyes signed the towering centre-half to bolster his squad.

And it’s clear why Distin was his defender of preference. 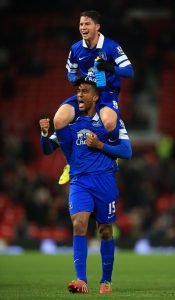 The Frenchman made his debut in their 2-1 win over Wigan on August 30, eight days after his last game for Portsmouth, and he went on to appear a further 37 times in his debut season at Goodison Park, netting his first goal for the club in their 4-0 thumping of AEK Athens in the Europa League less than a month after joining.

Distin was then an ever-present in the 2010/11 campaign, netting his first Premier League goal for the club in the Merseyside derby against Liverpool on January 16 to help the side draw 2-2 at Anfield.

They went on to finish seventh that season, and Moyes’ side did the season after as well, with Distin making 27 appearances, and his performances rightly recognised as he was announced as the Players’ Player of the Season at the end of the campaign.

He and England defender Phil Jagielka struck up quite the partnership in the 2012/13 campaign, with them both keeping John Heitinga out of the side as they improved their league position to sixth in the Premier League, picking up 63 points from their 38 games.

However, it wasn’t enough to qualify for Europe and, when Moyes left for Manchester United in the summer of 2013, Roberto Martinez came in as manager and led the club to fifth place in the table, with Distin keeping young starlet John Stones out of the side for much of the campaign.

That fifth place meant that the French defender has one more opportunity to play in Europe for the Toffees, although he was restricted to just three Europa League and 12 Premier League starts as it looked like age had caught up with Distin, who was 37 at the time.

Everton were poor defensively under Martinez that season, conceding 50 goals in the top-flight, with the likes of Distin, Jagielka, and Stones all coming in for criticism throughout the campaign.

That was to be Distin’s last at Goodison Park, as he was released at the end of his contract in the summer of 2015 having made 210 appearances for the club, 174 of which were in the Premier League.

During his time on Merseyside, he became the first foreign outfield player to rack up 400 Premier League appearances, a record he still holds today after a season at AFC Bournemouth last time out.

Distin was an exceptional defender who was dependable, experienced, and knew everything about how to defend in the Premier League.

He was sensational for Everton, and deserves enormous recognition for his six-year stint at Goodison Park.