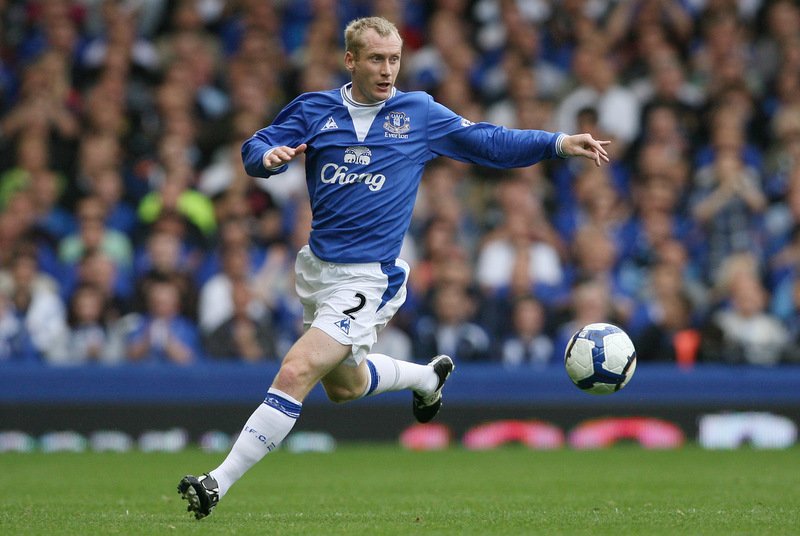 Those players that, although they may not get the credit they deserve from other football fans, are the ones that you will remember most fondly when you talk about your club in the years to come.

So, here at Shoot! we want to give these great players the appreciation they deserve and, having reviewed Andy Johnson’s time at Crystal Palace last month, it’s time to head to the North West, and profile an Everton defender who enjoyed over a quarter of a century at Goodison Park, and is indeed celebrating his 36th birthday today… Tony Hibbert. 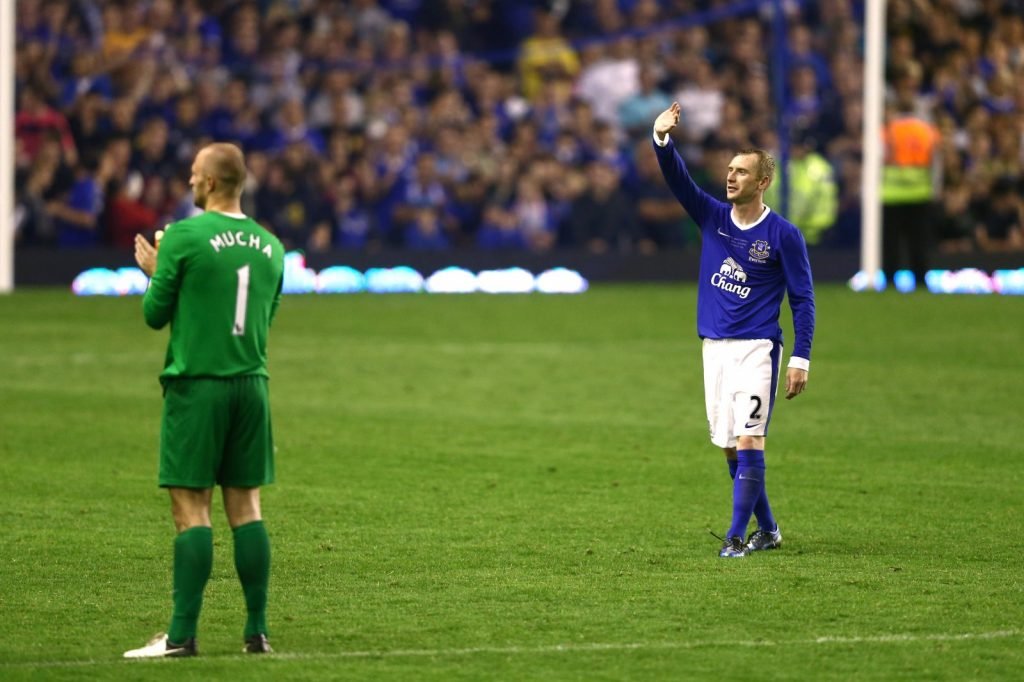 He joined the club all the way back in 1990 at the age of just nine, but it wasn’t until 2001 where he made his professional debut for the Toffees, starting in the defensive midfield role in their 2-0 victory at West Ham on March 31.

Hibbert went on to make two further Premier League appearances that season under Walter Smith, but only 12 more in all competitions during the 2001/02 campaign, a season which saw David Moyes replace the sacked Smith in the March.

However, an injury to regular right-back Steve Watson in the succeeding season saw Hibbert given his opportunity, and it’s one he took, going on to make 144 appearances over the next four seasons, including 40 in the 2004/05 season, which saw the Toffees finish fourth in the Premier League, and in turn qualify for the Champions League for the first time since 1970.

Although that campaign would end in the third qualifying round, the Toffees clearly got a taste for European football, and although Moyes’ men struggled to 11th in the 2005/06 campaign, they soon got back into the upper echelons of the Premier League table, finishing sixth in 2006/07. 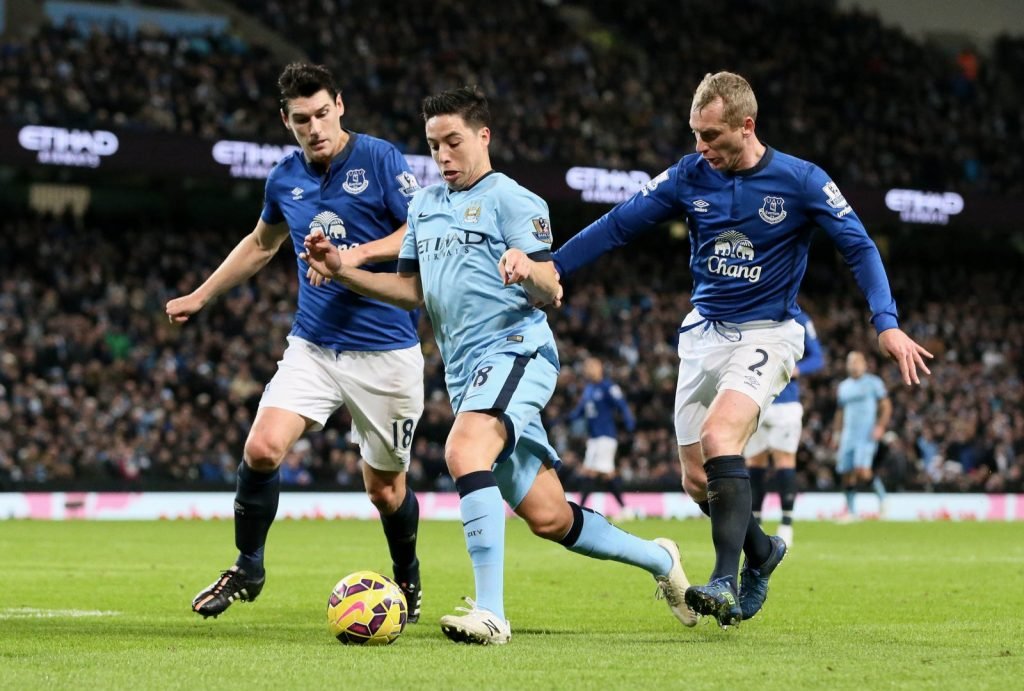 However, they had to do that without the influential Hibbert, who saw persistent injuries restrict his gametime to just 13 appearances, all of which came in the Premier League.

Nonetheless, the 36-year-old regained his place in the side over the next two campaigns, playing 35 times in 2007/08 and then 24 in 2008/09 to help them reach the last 16 of the UEFA Cup in the former, and then the FA Cup final in the latter, although they lost out to Chelsea in the final at Wembley.

Hibbert remained a regular in Moyes’ team over the next three seasons, appearing 88 times in all, although they slipped slightly down the Premier League table due to the emergence of Manchester City, finishing eighth in 2009/10, and then seventh twice in a row after that.

However, the 2011/12 campaign was the last in which right-back Hibbert was a regular in the side, and from then on he had to make-do with just 20 more appearances for Everton before he was released last year, and the subsequently retired from the game. 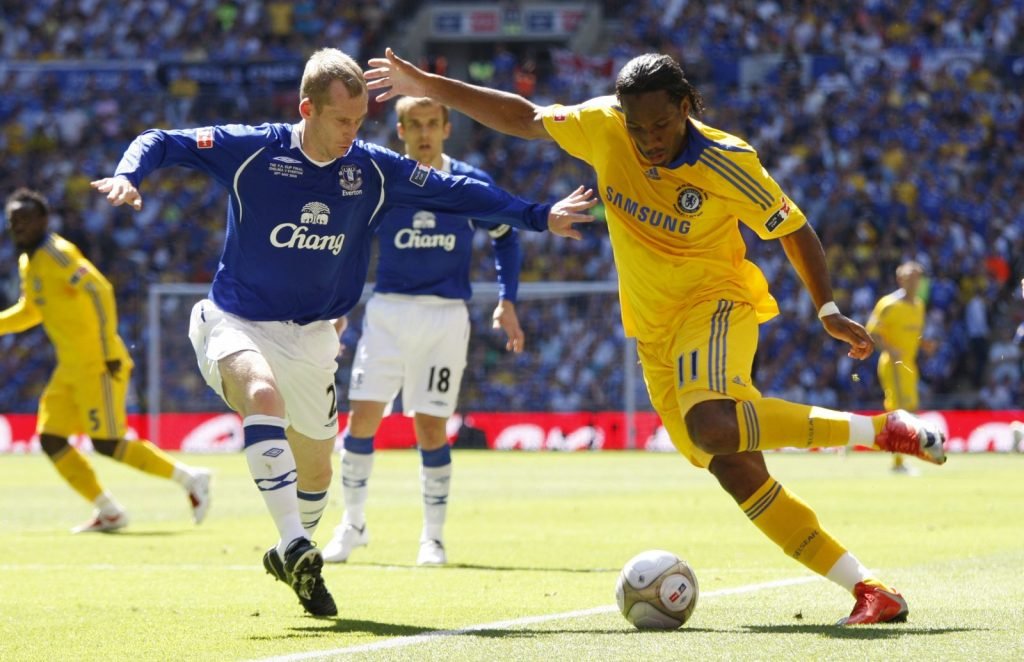 Injuries certainly hampered his final few years on Merseyside, and although he never scored in his 329 games for the club, but he did net in his testimonial back in August 2012 in a 4-1 victory over Greek side AEK Athens at Goodison Park.

From when he joined the club to when he was released, Hibbert spent 26 years at Everton, and did his fair share in helping them become the club they are today.

A reliable, dependable, and solid full-back who was loved throughout his time at Goodison Park, and one player Everton fans will be speaking fondly of for many years to come.