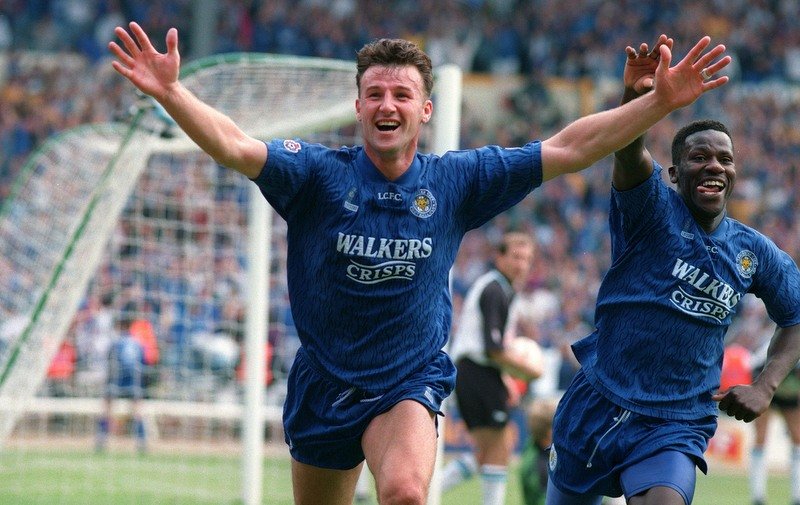 Imagine losing in two consecutive play-off finals. The heartbreak. The disappointment. The disenchantment.

For Steve Walsh, Wembley in the early 1990’s was a place where tears were shed. When he made the trip to the Twin Towers in 1994, the top-flight of English football seemed a long way off.

But then, he scored “that goal” that silenced the Rams and sent Leicester City off into one of their finest periods in the club’s long and momentous history. For Leicester City supporters, he is a real cult hero.

Despite most of Walsh’s career unfolding at Filbert Street, he is a Preston boy by heart. He started his career in the North West. Wigan Athletic was the jersey he first wore as a professional. Here he racked up 150 games.

He gained title success also; winning the 1985 Freight-Rover trophy (now known as the EFL Trophy) following a 3-1 victory over Brentford. It was here where he learnt his trade, playing with the likes of future Premier League winner Mike Newell, as well as Paul Jewell.

But when Bryan Hamilton was captured by then City manager Gordon Milne in 1985, there was only one place Walsh was going. A trip to the East Midlands was beckoning. It would be the start of a long love affair with the Foxes.

He was now a First Division footballer. The dream had become reality. But he signed for a club that, he now admits, he hadn’t really heard of. He would begin to fall in love with Leicester, however.

By 1992, he became the club’s captain. After the departure of Milne and Hamilton, as well as David Pleat and Gordon Lee failing to bring top division football back to Filbert Street, Brian Little was tasked with the objective of spear-heading the Foxes’ charge back to England’s top-flight.

Suddenly, the East Midlands side look invigorated. By 1992, they had reached the play-off final; a trip to Wembley was on the cards for City fans for the first time in 23 years. Cue the disappointment, however. After “that” dive by future City forward David Speedie, City fans drove back up the M1 in heartbreak.

The same emotions were shed a year later. This time it was Swindon Town who were the cause of the anguish. By 1994, this particular part of North London was becoming a familiar venue for City supporters. There was one difference this season, however; the Foxes prevailed.

“The silencing of the Rams” is how it is referred to locally. And it was no other than Steve Walsh who netted both of City’s goals. To quote Alan Parry’s commentary, “Leicester City were in dreamland.”

A return to the top-flight was not as dream-like as initially anticipated, however. Brian Little departed the club in controversial circumstances; it left Mark McGhee to manage a side who would eventually be condemned to the First Division once again.

The current Scottish assistant manager was dismissed eventually in December of 1995. Foxes fans’ Christmas present was a new manager; his name was Martin O’Neill.

Who knew at that stage that it was the start of a highly successful era for the Foxes? Steve Claridge’s shin against Crystal Palace in 1996 guided Leicester back to Premier League glory.

They made a better effort of it this time. And even got a bit of domestic silverware. Walsh lifted the 1997 League Cup at Hillsborough after victory in a replay against Nigel Pearson’s Middlesbrough side.

“Captain Fantastic” also appeared for the Foxes in the League Cup final in 1999. This time it would end in defeat however; George Graham’s Tottenham side would triumph over O’Neill’s men.

No matter what the reigning Premier League champions do in the future. No matter how many legends are born. One thing is for sure: Steve Walsh will always be remembered as City’s “Captain Fantastic.”