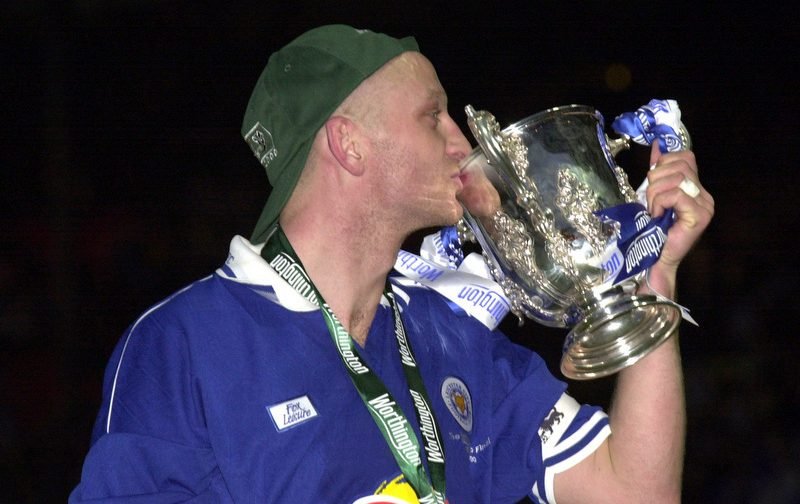 Cult Heroes; every club has players from the past who particularly stand out and are remembered for many reasons. A cult hero is admired by a relatively small audience, but remains influential all the same.

Here at Shoot! we want to give these players the appreciation they deserve.

Today our attention turns to the East Midlands and a name known to every Foxes fan around the King Power Stadium.

This time 17 years ago, Matt Elliott had just scored a brace in a League Cup final, it’s the moment you fantasise about as a child.

Sunday, February 27, 2000, was a day of history in the North of London. The League Cup said goodbye to the Twin Towers for the final time.

The match: Leicester City v Tranmere Rovers. The score: 2-1 to The Foxes. Leicester would have to wait another nine years until they lifted another trophy.

The hero on that day is a Leicester City legend. The name Matt Elliott is synonymous within the East Midlands city.  After spending eight years at The Foxes during, arguably, one of their greatest periods in the club’s history, for Leicester supporters, Elliott is a Cult Hero.

While Elliott’s name resonates in the Midlands, he was actually born in the town of Wandsworth, a London district situated five miles away from Charing Cross.

The former Scotland international always had a passion for football. He always dreamt one day he could play at the highest level.

As a child growing up in the South of London, you may have expected him to support some of the greatest teams of England’s capital city, perhaps the Tottenham side, which were crowned champions just years previously, or what about the Queens Park Ranger’s outfit who flourished in the old First Division in the late 1960s and early 1970s?

None took the heart of Elliott. Instead, it was a former Leicester City player’s side who the aspiring defender dreamt of representing, Don Revie’s Leeds United side were the club that Elliott already dreamt of featuring for in years to come.

After featuring for local Sunday League sides from the age of four, he was snapped up by Wimbledon when he was 10-years-old. Perhaps he fantasised about playing on the delinquent surface of Plough Lane? He was on the move again at the age of 12 when Crystal Palace came calling. Was Selhurst Park the destination for him to kick-start his career?

No. When 14-years-old, he was released from the South London club. The dream of playing professional football might have just remained an unrealistic aspiration.

He still loved the game, though. And he would continue to play non-league football. He featured on various occasions at the local Surrey club Epson & Ewell FC. While they were only separated by a mere 53 minutes geographically, the West Street Ground was still quite a contrast to the Twin Towers of Wembley Stadium.

But then came the opportunity of a lifetime when Charlton Athletic, in 1988, came calling. After only making one appearance for The Addicks, Elliott began to realise things weren’t going to plan at The Valley.

It was time to make the move to the South Coast. While featuring for Torquay United, he made his name in the lower leagues of the English footballing pyramid. After representing The Gulls over 100 times, he attracted the attention of Scunthorpe United.

After a successful loan spell, he made the move to Glanford Park on a permanent basis in 1992. He was soon snapped up, though, by Oxford United. Having made nearly 150 league appearances for The U’s and at the age of 28, it looked as if the dream of playing at the highest level was over. That was until Martin O’Neill came calling.

He snatched the former Nottingham Forest man’s hand off. The dream of Premier League football had become a reality, when he made the move to Leicester for a fee of £1.6m, which remained a record sale for Oxford, until the departure of Kemar Roofe in July of last year to Leeds.

The year of 1997 is one that Foxes supporters will never forget. Especially one Wednesday evening ij April at Hillsborough, Sheffield. An extra-time goal by Steve Claridge secured the East Midlands side’s first League Cup triumph since 1964. The bad news for Elliott was that he was cup-tied.

The same year, however, Elliott was involved in one of the games of the season – one of the greatest goals in the Premier League era as well.

The South London-born defender still has nightmares about Dennis Bergkamp’s performance at Filbert Street on August 27, 1997. The ball was floated into the box for the former Ajax man. He turned Elliott and slotted past Kasey Keller from six yards out. It remains one of the most iconic moments in Premier League history. 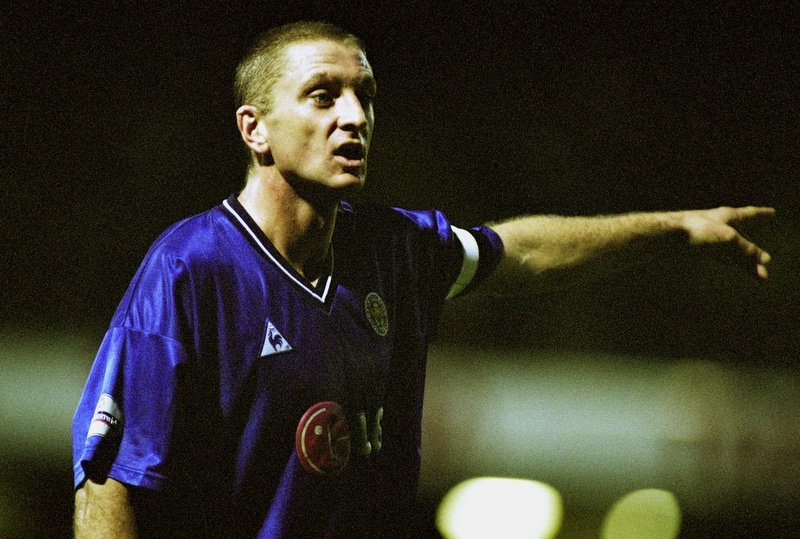 While O’Neill may have fond memories of that year, the turn of the Millennium proved to be the peak of the Scotland international’s time at the football club.

His brace at the Twin Towers guided The Foxes to their second League Cup trophy in less than three years. It was dreamland for Leicester City supporters. He also played an influential part in their route to the final, scoring the winner in the semi-final second leg at Villa Park to secure the East Midland’s side’s trip to Wembley.

That proved to be the last trophy Leicester City lifted under manager O’Neill, the Irishman departed for Celtic just a few months later.

Cue a dark period in the club’s history. Peter Taylor failed to satisfy supporters, meanwhile, under the stewardship of Micky Adams, players had to play for free.

But Elliott remained at the club until 2005. He played for free in the club’s most uncertain of times. For that, he will always remain a Leicester City Cult Hero.