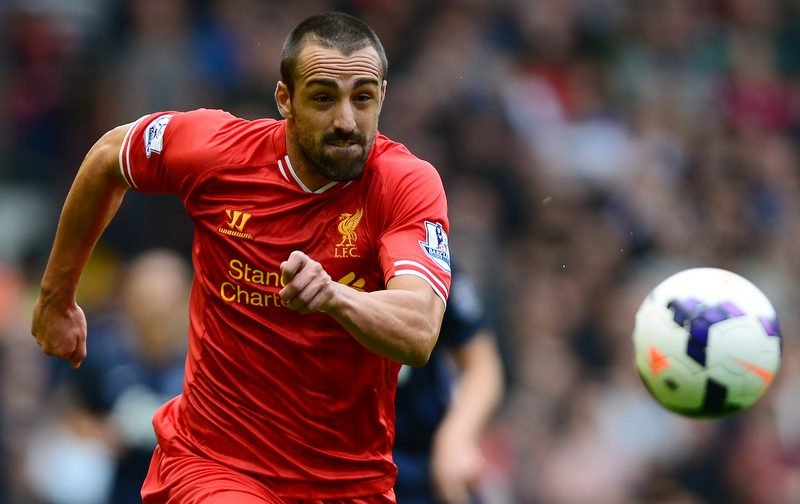 So today, on his 31st birthday, we’re taking a look back at former Newcastle United and Liverpool defender Jose Enrique – who is classed as a cult hero for both clubs!

The left-back first appeared in English football after agreeing a move to St James’ Park back in August 2007, joining The Magpies for a reported £6.3m from Spanish outfit Villarreal.

Having fended off reported interest from Premier League rivals Liverpool and Manchester City for the Spaniard’s signature, Newcastle fans took to the left-back given his blistering pace, pinpoint passing accuracy and love for tough tackles.

However, Enrique struggled to adapt to the English top-flight at first, despite making 28 appearances in all competitions under then-manager Sam Allardyce.

But, it only got worse for the defender the following term, as the club lost their Premier League status, suffering relegation to the Championship after finishing 18th in the table, one point adrift of survival.

Newcastle lost the likes of Michael Owen, Obafemi Martins, Sebastien Bassong, Habib Beye and Damien Duff during the summer, and despite an impressive individual campaign for the relegated Magpie, which fuelled transfer speculation, Enrique stuck by The Magpies and vowed to get them back into the Premier League.

In an interview with The Journal in December 2009, the former Spain Under-21 international was questioned about a potential move to rivals Sunderland. 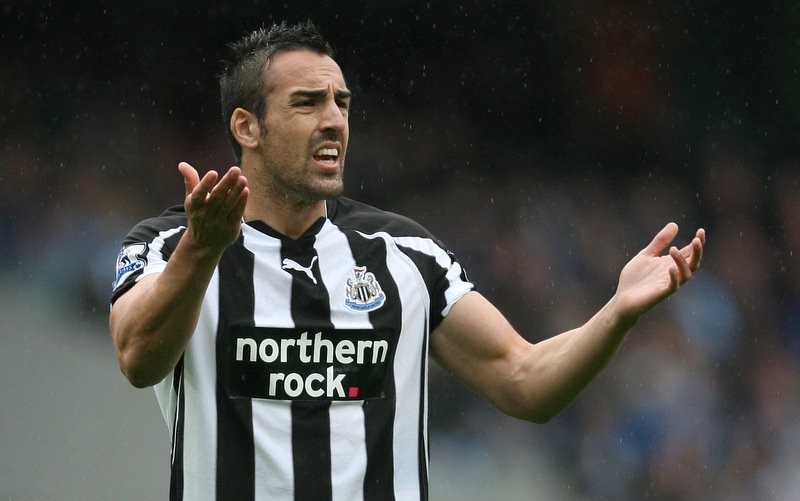 The 2009-10 season was by far his most successful at St James’ – scoring his first goal for the club against Nottingham Forest, playing 37 times in all competitions, helping Newcastle claim the Championship title, surpass 100 league points for the first time in The Magpies’ history, was named the club’s Player of the Season and was included in the PFA Championship Team of the Year, alongside team-mates Fabricio Coloccini, Kevin Nolan and Andy Carroll.

Again; clubs were interested in snapping up the Spaniard upon his return to the top-flight, but Enrique showed loyalty once again to stay at St James’ and appear in 36 of their 38 Premier League fixtures in 2010-11, helping Alan Pardew’s men finish 12th in the league standings – seven points above the bottom three.

However, the left-back’s brilliance became all too hot to handle for The Magpies in August 2011, as Premier League rivals Liverpool agreed a £7m deal for Enrique.

He made his Reds debut on the first day of the 2011-12 campaign, starting at left-back during their 1-1 draw against Sunderland, in what proved to be an eventful debut term for the Anfield outfit.

On October 1, the Spaniard starred in his first Merseyside derby, setting up ex-Newcastle team-mate Andy Carroll to seal a 2-0 victory against Everton at Goodison Park.

The very next day, the former Valencia and Villarreal star was named the best summer signing by Liverpool fans, with a huge 74.5 per cent of votes, ahead of the likes of Jordan Henderson, Stewart Downing and Charlie Adam.

Then on April 1, 2012, Enrique returned to St James’ Park for the first time since leaving The Magpies for The Reds.

Despite being on the losing side (2-0), the defender hit the headlines after being forced to play as the visitors’ goalkeeper after Pepe Reina was sent off for headbutting James Perch.

For the final 13 minutes, Enrique kept a clean sheet. So, he was not just handy with his wicked left foot, but also his hands!

At the opposite end of the pitch, the ex-Newcastle man had to wait until mid-November 2012 to net his first goal for Liverpool, scoring in a comfortable 3-0 home win over Wigan Athletic after being deployed on the left-hand side of midfield under manager Brendan Rodgers.

He finished the 2012-13 campaign with two goals and 35 games under his belt, though Liverpool could only finish seventh in the Premier League, two points behind rivals Everton. 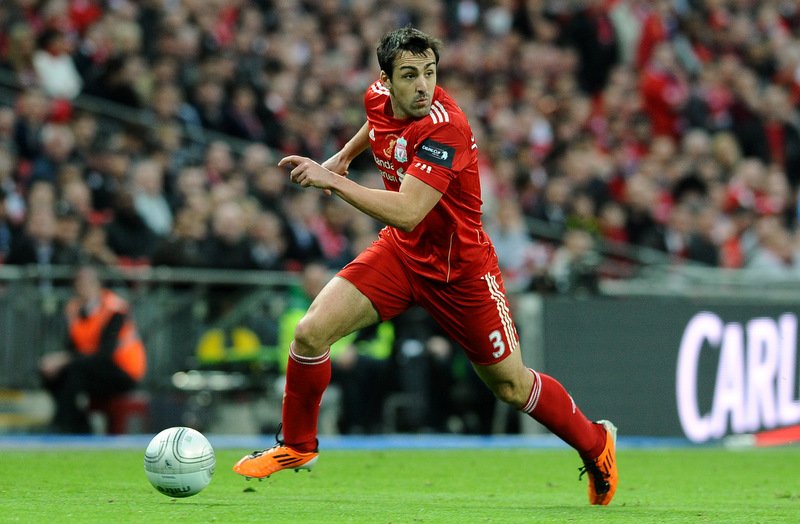 As of the 2013-14 term, injuries started to take its toll on the Spaniard. He managed just over 600 minutes of league action for The Reds, as Rodgers’ men went agonisingly close to lifting the Premier League title, only to be pipped by Manchester City at the death.

Four league games followed for the left-back in 2014-15, before he failed to make a single Premier League appearance in 2015-16, with severe knee injuries, plus calf and hamstring problems, hindering his Anfield career significantly. Enrique was becoming a forgotten full-back.

Come May 2016, boss Jurgen Klopp made the call to release the Spaniard, after almost 100 appearances in all competitions for Liverpool, including 10 assists and two goals.

Since his Anfield exit; Enrique joined La Liga 2 side Real Zaragoza on a two-year deal back in September, where he has scored one goal in 12 league games.

Enrique will be remembered as a cult hero by Newcastle United fans for his fiery passion, dominant performances at full-back and pride of guiding the club back into the Premier League.

Meanwhile; he is also recognised as a cult hero on Merseyside, though fans will ponder upon what could have been for the Spaniard at Anfield, as injuries ultimately damaged his Liverpool career.

Nevertheless, Reds fans adored his personality, character and commitment to the cause, with the defender always pictured with a smile on his face, even during the dark days of being restricted to the treatment room for months on end.

Both sets of fans wish nothing but the best for Jose Enrique going forward.