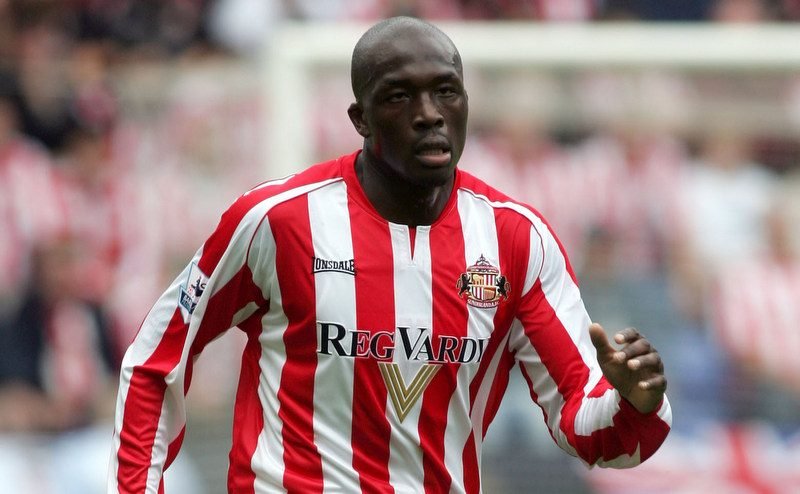 Times are currently tough at Sunderland, with the team breaking the record for the worst start to a Premier League season ever. For those who don’t know, that is two points from 10 games.

So, in order to forget about all of this, we here at Shoot! thought we’d cast everyone’s minds back to when we had one of the most accidentally entertaining defenders in England. Nyron Nosworthy.

Nosworthy joined Sunderland on a free transfer in 2005 but it was his performances during the 2006/07 season that secured Nyron’s cult hero status, as he was a regular part of Sunderland’s defence, alongside Jonny Evans. In fact, the pair provided the third best defence in the league, conceding just 47 goals in 46 games.

His performances that season subsequently led him to be named Player of the Season, despite strong competition from the likes of top scorer David Connolly and Carlos Edwards.

The defender also acquired an incredible chant that season as Sunderland fans changed the words to Amy Winehouse’s “Rehab” to “they tried to get the ball past Nyron, but he said no no no”. This also led to the famous video of Nosworthy singing to the camera on the final day of the promotion season.

There are two more moments, on top of Nugsy famously celebrating and singing with the crowd on that final game of the 2006/07 season, which embed him in Black Cats folk law. Firstly, when he fell over with no one around him during a match against Portsmouth and without doubt his famous headband.

Let’s start with him falling over his own feet.

After being recalled to the first team for a match against Portsmouth, Nyron put in a star performance but the most memorable moment of that game was that ever so graceful fall.

Without a single person with in 10/15-yards of him, the centre half fell to the ground. However, instead of getting back up, the Jamaica international decided to style it out and gracefully roll around for a bit, much to the entertainment of both sets of fans. In an interview later he said it must have been the Sunderland ghost.

On to the headband, almost every Sunderland fan will remember how good Nosworthy played with that bandage around his head. Having suffered head injury during a match, Nugsy was forced to play with a headband/bandage for a few games.

Now, our Shoot! boffins still don’t know what was in that headband but it certainly turned his game around. Filling in at right back, the defender put in some of his best performances in red and white as he skipped down the right wing with glee. If only he could have worn that headband every game.

After falling out of favour under Bruce, Nosworthy was eventually sold to Watford after a successful loan spell. The defender went on to have stints at Bristol City, Blackpool, Portsmouth and Dagenham & Redbridge.

Unfortunately Nyron never scored a goal for Sunderland, bar a pre-season one vs Sporting Lisbon, and the chaos that would have ensued if he had netted in a competitive fixture is unimaginable.

In the club’s current state, we could probably do with Nyron back. His consistent performances during the promotion season and endless offerings of entertainment make this man a cult hero at Sunderland.