David de Gea holding out for new contract worth £350,000-a-week at Manchester United 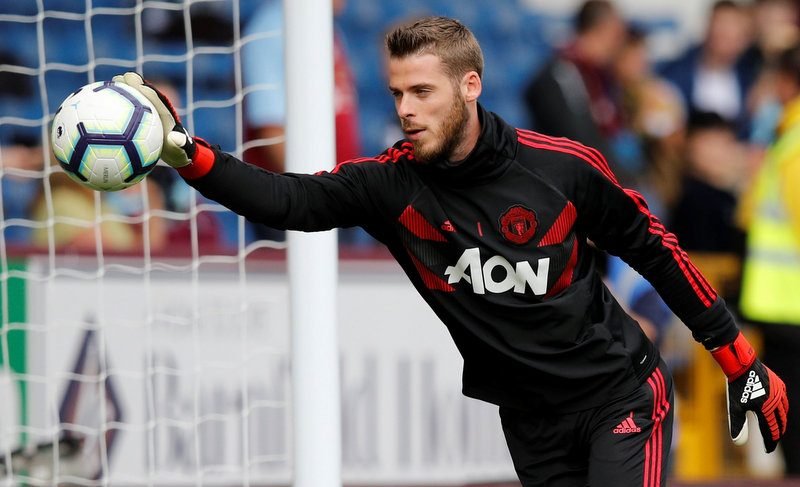 Spain international goalkeeper David de Gea is reportedly expected to sign a new long-term contract at Manchester United, according to The Sun.

The Premier League side, who defeated Burnley 2-0 at Turf Moor on Sunday afternoon, are set to reward their shot stopper with a new deal worth a staggering £350,000-a-week.

The 27-year-old, who has 33 international caps for his country, recorded his first clean sheet yesterday at Burnley in his fourth league outing for The Red Devils this season.

De Gea, who arrived at Old Trafford back in June 2011 following his reported £18.9m move from Atletico Madrid, has kept 119 shut outs in 319 games overall for United.

He has lifted one Premier League title, the UEFA Europa League, the FA Cup, the League Cup and three FA Community Shields in English football.

The report claims manager Jose Mourinho believes the Spaniard will commit his long-term future to the club by signing a new deal at The Theatre of Dreams.

The contract was supposed to be wrapped up three months ago, but the ‘keeper is holding out for a similar wage packet to team mates Paul Pogba and Alexis Sanchez, wanting around £350,000-a-week.

With De Gea’s current deal set to expire in June 2019, boss Mourinho is eager for talks to be concluded.

“I don’t belong in the process of discussing deals with the players and negotiations with agents,” he said.

“I never did that, it’s something that I don’t even like to do.

“I would be a bad negotiator; I would give everything to the players! So I don’t belong to that.

“I just know that everything is in movement and hopefully sooner than later we’ll have good news.”