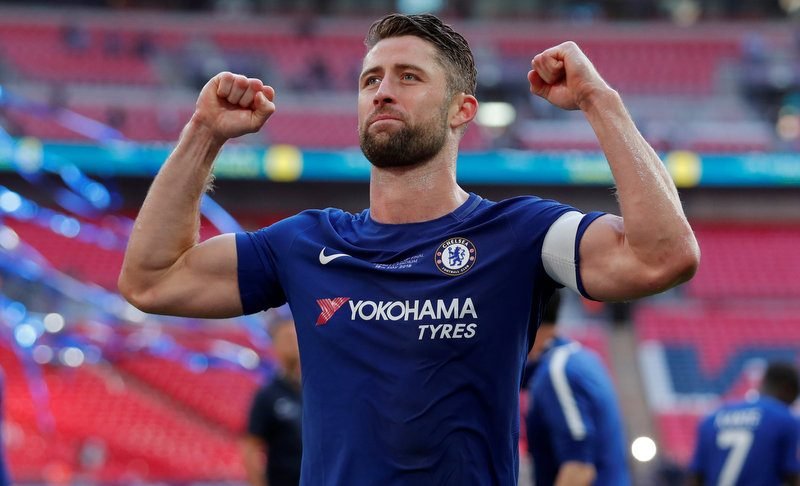 Former England international defender Gary Cahill has admitted he may have to ask for a move away from Chelsea in January.

The 33-year-old, who has 61 international caps for the Three Lions and played one fixture for England at the 2018 FIFA World Cup finals in Russia this summer, but stepped away from international duty only last month, has not made a competitive appearance for the Premier League club so far this season.

Cahill, who has scored 25 goals in 282 games overall for The Blues following his arrival from Bolton Wanderers back in January 2012, was included in new manager Maurizio Sarri’s matchday squad for the very first time this campaign on Thursday during Chelsea’s 1-0 UEFA Europa League victory at PAOK Salonika.

The centre-half is out of contract at Stamford Bridge come June 2019, and the player admits he may have to leave The Blues during the forthcoming New Year transfer window, if he fails to work his way into Sarri’s first-team plans.

He said, via BBC Sport, “I have to take charge of my own future. 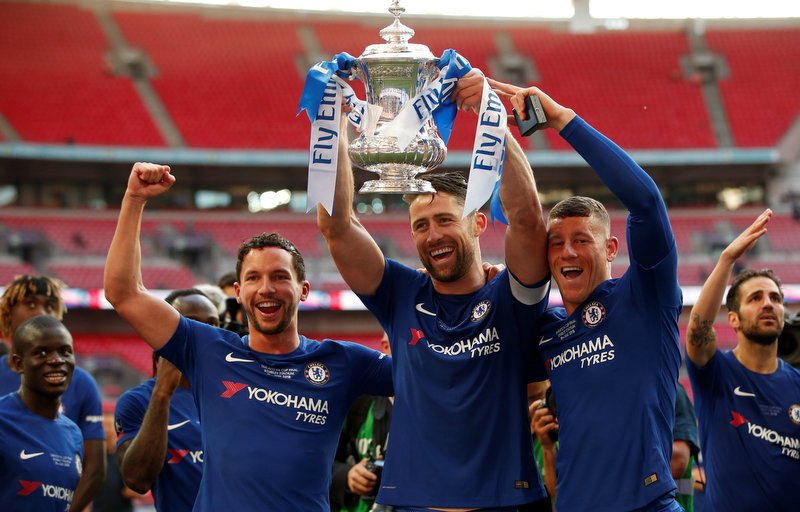 Chelsea’s Danny Drinkwater, Gary Cahill and Ross Barkley celebrate with winning the 2018 FA Cup final back in May.

“For me to do this all season is going to be very difficult.

“I realise sometimes football doesn’t wait for people. Sometimes you have to make those decisions to keep going and progressing.

“Obviously the most important thing is the club, but I have to look at my situation.

“And if I’m sat doing what I’m doing at this moment in time, I just hope that the club will respect that when it comes to the time.”