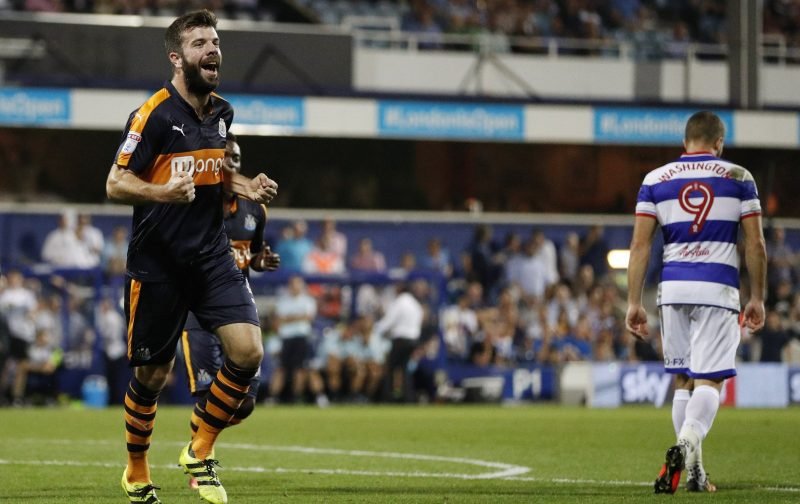 Championship duo Derby County and Wolves are considering a summer move for Newcastle United outcast Grant Hanley, according to The Shields Gazette.

The 25-year-old defender moved to St James’ Park last summer after an eight-year spell at Blackburn Rovers, and although he started their opening day defeat at Fulham, he managed just a further four Championship starts for Rafa Benitez’s Magpies.

And with Ciaran Clark and captain Jamaal Lascelles striking up an excellent partnership at the heart of the Newcastle backline, Hanley is unlikely to get regular first team football for the North East giants next term, even more so given that they will be returning to the Premier League.

And the Scotland international’s lack of regular football has attracted interest from some Championship sides, with Gary Rowett’s Derby and Paul Lambert’s Wolves reportedly eyeing up a summer move for the centre-back.

Former Birmingham manager Rowett took over at the iPro Stadium back in March following the sacking of Steve McClaren, and he helped lead the Rams to a ninth place finish in the division, 13 points adrift of the play-off places.

And he’ll be looking to bridge that gap next term as the East Midlands outfit look to return to the Premier League for the first time since 2008, while Lambert’s Wolves needed a run of five successive wins between March and April to stave off relegation, eventually finishing 15th and seven points clear of danger.

And, like Derby, the former Aston Villa and Norwich boss will be planning for a much-improved campaign next time round, and given Hanley’s experience at both Premier League and Championship level for Blackburn, they may see him as the ideal man to come in and shore up their backline.

It remains to be seen where Hanley does indeed end up this summer, although what does seem clear is that the 25-year-old’s future is away from St James’ Park.