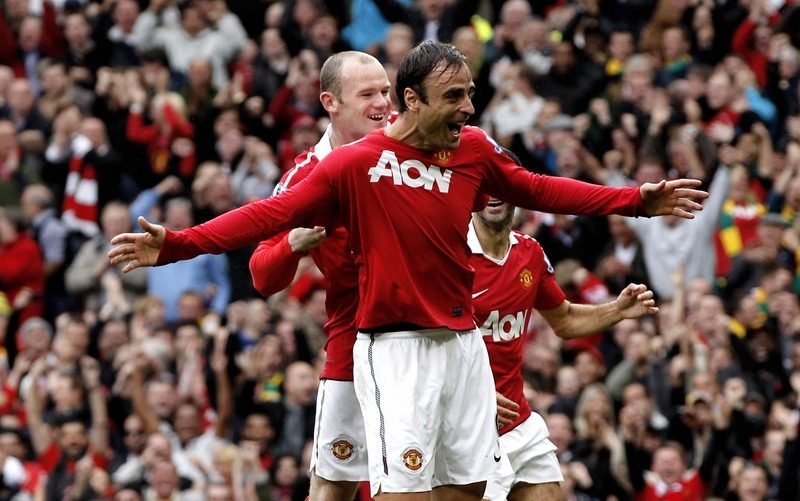 Former Manchester United and Tottenham striker Dimitar Berbatov has revealed on Goals on Sunday that he almost returned to the Premier League with Sunderland.

The Bulgarian frontman is no stranger to English football’s top-flight after successful spells at Spurs, United, and Fulham, in which time he netted 94 league goals in 229 appearances, and twice won the title with Sir Alex Ferguson’s Red Devils in 2009 and 2011.

The 36-year-old has been without a club since leaving Greek top-flight outfit PAOK last summer, but said on Goals on Sunday that a return to England wasn’t far away.

He said: ‘I want to play and to be honest I had a couple of conversations with managers, even the Sunderland one.

‘But in the end nothing happened.’

This may come as frustrating news for a Sunderland side that look almost certain to be playing Championship football next season.

David Moyes’ men are bottom of the Premier League with just 21 points from their 32 matches, and currently find themselves nine points adrift of safety.

And with just 26 goals in the league this term, 14 of which have come from Jermain Defoe, a striker with Berbatov’s quality and proven record in England wouldn’t have gone amiss, and may well have given the Black Cats a much better chance of survival.