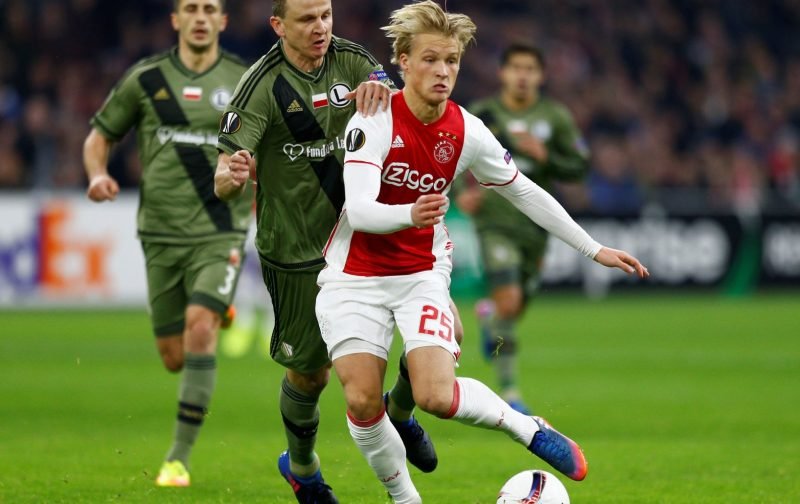 Everton have been given encouragement that they could sign up Kasper Dolberg.

According to a report in the Liverpool Echo the impressive young Ajax forward won’t be signing for the biggest club to put an offer on the table.

Dolberg has been watched closely by Everton all season but with 18 goals in 37 matches has recently been linked with both Manchester United and Manchester City.

Although the terms at both of those clubs would be appealing the 19-year-old feels that he’s not yet ready to go to a Champions League club that is carrying a first team squad of 25 players.

That message is bound to be welcomed at Goodison where Ronald Koeman would be more likely to offer a realistic route to first team football.

With Everton’s reputation for developing young players such as Romelu Lukaku and Ross Barkley their Dutch manager will be hoping that he can convince the Ajax teenager to continue his career at Goodison Park.