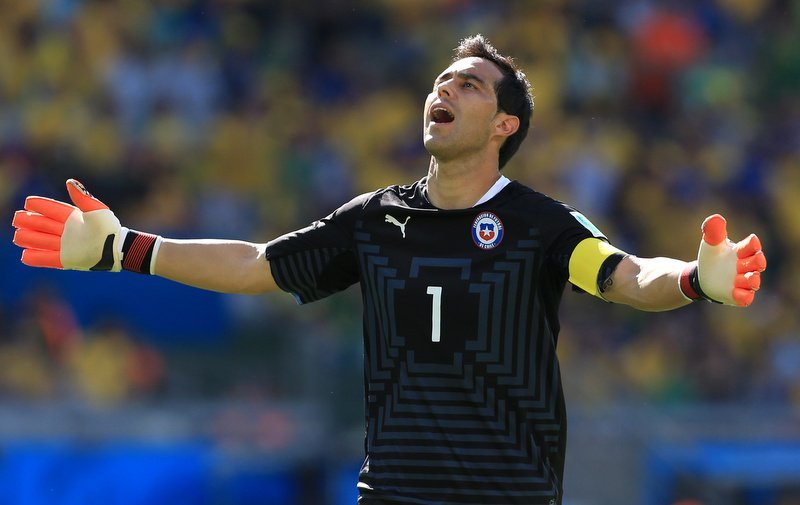 Man City have confirmed the signing of Chile goalkeeper Claudio Bravo from Spanish champions, Barcelona on a four-year deal.

The 33-year-old, who has over 100 caps for the Chilean national team, is expected to come is as Pep Guardiola’s first choice ‘keeper, with England international Joe Hart set to leave, however, his options are becoming slimmer with Everton manager, Ronald Koeman declaring that there was “no interest” from Goodison Park.

The two time La Liga winner has made the move to the Etihad for a reported fee of £17.1m, according to Sky Sports.

Speaking to the club’s official website, the shot-stopper said: “I’m very proud to be joining Manchester City. I know the Club is building something very special and I hope I can be part of many successes in the coming years.”

He continued: “It is not easy to leave a club like Barcelona where I had two fantastic years, but the opportunity to work with Pep Guardiola was too good to refuse.”

The former Real Sociedad man could be set to make his Premier League debut this weekend as the Sky Blues play hosts to West Ham at The Etihad on Sunday.