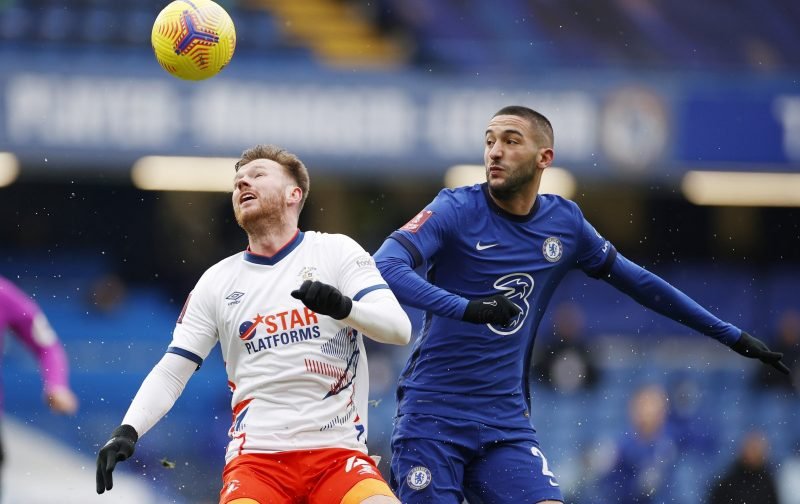 Chelsea added all of the bells and whistles to their squad in the last summer transfer window.

Fans were drooling when the likes of Timo Werner, Kai Havertz, Benjamin Mendy and Ben Chilwell arrived, but one particular transfer appears to have gone under the radar.

It was a move not technically done in that summer when Frank Lampard was given the most valuable transfer war chest in Premier League history.

It was in fact a deal sealed in February 2020, before the coronavirus forced the closure of football stadiums and the unprecedented halting of all of the domestic divisions across the World.

That deal was the agreement to bring Hakim Ziyech to Stamford Bridge from Ajax for £33.7m.

However, with fans and pundits alike both relishing the prospect of the Moroccan in Chelsea blue, he has so far endured a mixed start to life in the captial.

A knee injury in a pre-season friendly against Brighton and Hove Albion delayed the beginning of his Chelsea career before he then scored on first European and domestic starts when he found the net impressively against Krasnodar and Burnley respectively. 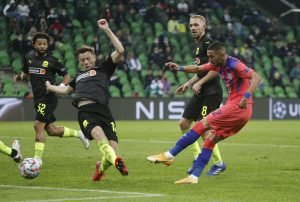 Ziyech scored on his first Champions League start against Krasnodar

In the home match against this weekend’s opponents Sheffield United, he dazzled in what was one of the finest individual performances seen in the Premier League this season, providing two assists and creating chance after chance against the Blades.

Emanating reports have suggested Chelsea manager Thomas Tuchel is set to bring him back to the first-team for the trip to Bramall Lane, having been dropped for Chelsea’s last two games against Burnley and Spurs.

The 27-year-old started Tuchel’s first match as Chelsea manager in the 0-0 draw against Wolves, but with the good form of Mason Mount, Callum Hudson-Odoi and the German manager’s desire to reignite the form of Timo Werner, Ziyech has found himself omitted from the squad against Burnley and as an unused substitute against Spurs.

However, it is expected Hudson-Odoi will be moved back to right wing-back, freeing up space for Ziyech in his favoured inside right position.

It will be the perfect opportunity for Ziyech to stake his claim as a permanent starter in the Chelsea line-up and, after his magnificent performance against Chris Wilder’s men at Stamford Bridge, he will be licking his lips at the prospect of taking on the Blades once again.