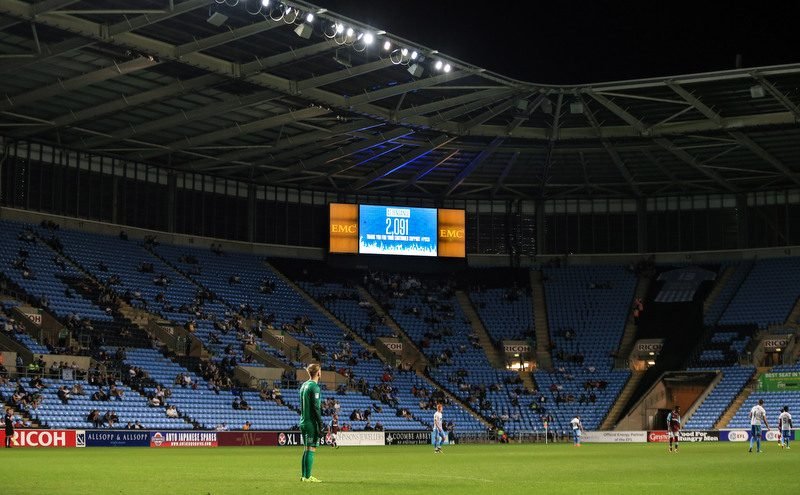 As the Football League trophy enters its final stages, it is a good time to assess the much-mocked and controversial attempts to re-format the competition and ask the question – have the changes been of any use at all or are they the final nail in the coffin of a dying trophy?

The initial idea to re-invigorate the competition is actually a welcome one. In its previous guise, nobody was really interested.

Fans regularly stayed away from games in the early rounds, managers found it added to fixture congestion, clubs were losing money and it was only really a worthwhile exercise for two of the 48 sides who entered – the two that reached Wembley Stadium.

So the English Football League asked clubs to vote, with little notice it seems, on a new format.

Group stages would replace the first round (thus eliminating byes), prize-money was increased and, most notably and controversially of all, Premier League Under-21 sides would be invited into the competition.

The idea was that this would help the development of young talent, thus benefiting the English national team (an area in which the invention of the Premier League has been a fundamental, catastrophic failure) while fans of lower league sides would supposedly get to watch the stars of the future.

The fear was that this was ‘the thin end of the wedge’ as the Football Association had previously announced, and then apparently scrapped, plans to introduce Premier League reserve teams into the Football League structure.

A failure to grasp the simple fact that fans only had an interest in seeing their clubs take on other clubs first-teams and to suggest otherwise was, frankly, insulting. 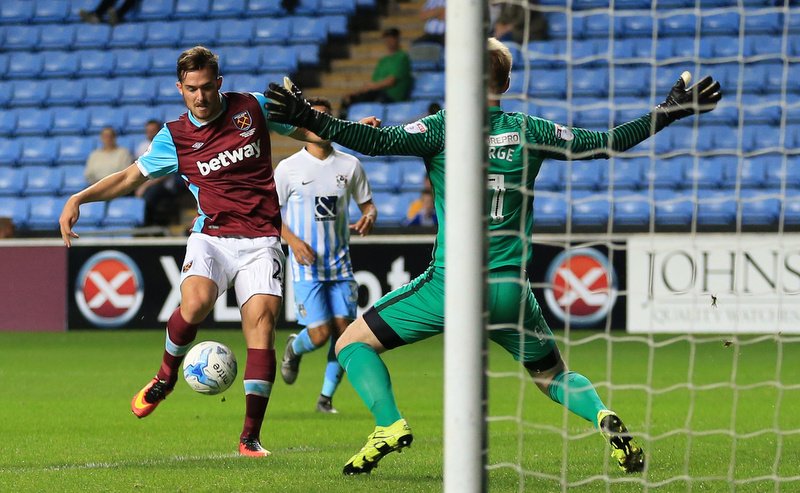 Nonetheless, the clubs voted in favour, no doubt swayed by the big cash prize pots on offer for the winners, not just at the end, but throughout. Is it all about money though?

Well, actually, yes. At lower league level, money is a rare commodity and without it, clubs will simply go under and they have to do what they can to make ends meet.

Regardless of that though the decision to introduce the youth teams was not greeted with much applause anywhere – it just didn’t sit right with a lot of supporters.

Yet more farcical scenes followed. The EFL then had to go an actually ask the Premier League teams if they would enter their academies. Rather embarrassingly, some of the bigger clubs said no – Liverpool, Arsenal, Tottenham, Manchester United and Manchester City, with only Chelsea and their seemingly bottomless pit of youth teamers willing to take part.

Championship clubs were also asked and even Newcastle United refused. However, the required quota of teams was eventually made up (had too many Championship clubs said no, would some League One teams have been asked to enter their first-team and their academy sides?).

After securing a sponsor (again, it was left to last minute) the competition got under way.

Yet fans stayed away – in even bigger droves than they had before as clubs reported record low crowds and photos of vastly empty stadiums flooded the internet. Partly this was down to the ‘B Team Boycott’ organised via social media and partly no doubt to the fact that group stages removes some of the excitement of a straight knockout.

Further farcical scenes ensued – manager Paul Tisdale named himself as a substitute for Exeter City. Gareth Ainsworth did the same for Wycombe Wanderers. Luton Town had to ask 15-year-old Connor Tomlinson’s headteacher if he could play. Bradford City tried to get around the rules regarding the number of first-team players they had to start by taking their goalkeeper off after two minutes. Foreign players in their late twenties and beyond turned out for the academy sides in a way that would definitely not benefit the English national team.

It was not a good start and only got worse come the end. Instead of settling for a draw, there was a penalty shoot-out at the end of any group game that finished level, with a bonus point for the winning side.

This resulted in Northampton Town and West Ham United Academy having a penalty shoot-out after playing 90 minutes of a game in a competition in which neither side had any chance of progressing. Was there even any point in playing the game in the first place? 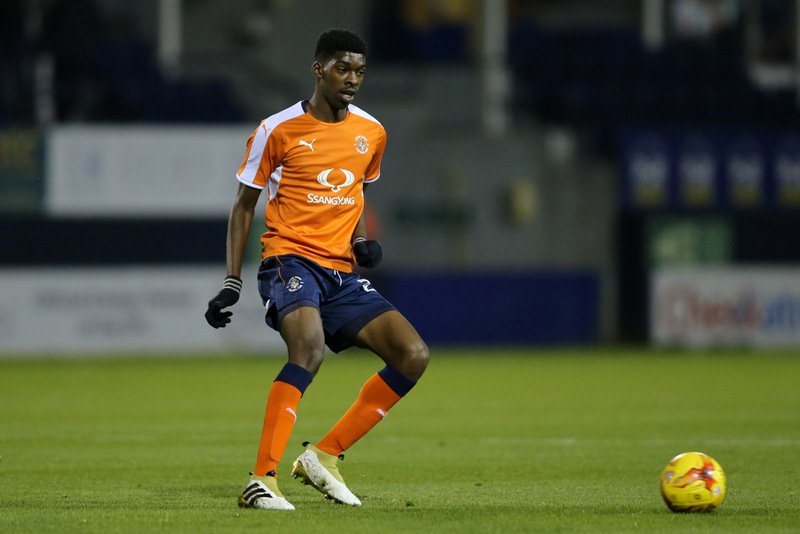 As well as this, each club that went out had played three games in a competition in which they would previously have only played one. Consider the fact that these changes were implemented not long after controversial plans to reduce the volume of mid-week games clubs were playing.

Things had been ridiculous on the pitches for many reasons and they got even worse afterwards when the EFL decided to fine 12 of its clubs for not complying with the rules regarding starting the correct number of first-team players.

In a competition that was re-formatted to aid the development of young players in this country, the EFL fined clubs for playing and therefore trying to develop young players in this country. Even Bradford’s attempts to circumnavigate the rules that we previously mentioned didn’t keep them out of trouble as a £3,000 fine was handed down. Luton were punished but didn’t care – after all, they’d got through, so the prize money outweighed the fine, although it was definitely a case of giving with one hand and taking away with the other.

Things got little better in round three, without regionalisation, which was a key format of the competition previously (and meant a northern and southern team would always meet in the final). Wycombe had to travel all the way to Blackpool, Scunthorpe to Oxford and Chesterfield to Luton. Attendances, once again, were extremely low – even the touching distance of Wembley hasn’t swayed fans as yet.

During all this, the academy sides fell by the wayside. The teams from the top clubs are no match for first-teams way down the league. As it stands, only Swansea City are left.

How the rest of the competition pans out remains to be seen. Will the semi-final reinvigorate some interest? That’s what has happened in the past as come the area finals, fans have tended to finally get some interest in the past.

It will probably help if Swansea’s academy go out, as even the organisers stated at the start that they didn’t really want academy teams for their showpiece final and with the on-going boycott and the fact that many fans aren’t interested in watching their club take on academy sides, it could result in a record low crowd for a domestic Wembley final.

Yet for all the farce, have these changes been any good? There are two positives.

Firstly, the prize money. There is always an argument that football should be injecting more cash into the lower leagues and this has at least presented a chance for clubs to generate some money outside of ticket sales, sponsorship and player transfers.

Secondly, people are finally talking about the competition. For years it has gone on in the background while fans stayed away and clubs lost money, at least until the final. There has been a retrospective fondness for the old format in some quarters but in truth, something had to be done to see if the competition could swim or just continue to sink.

It seems to be doing the latter, but at least it’s got some publicity and, if nothing else, the EFL did try to change things up even if their intentions were questionable, their implementation of fines hypocritical and their ideas largely farcical. 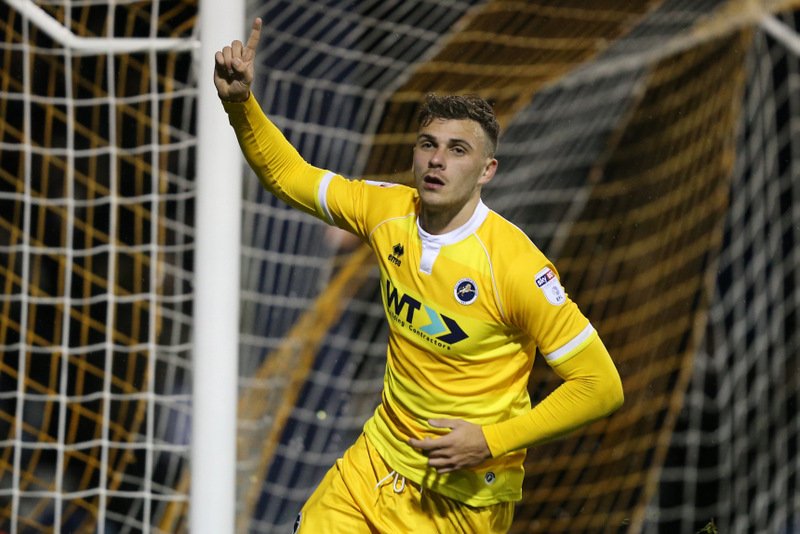 Should they call it a day? Not yet, for there are some things that perhaps they can do.

Get rid of the group stages – it should be straight knockout. Keep the regionalisation, thus helping to limit the distances fans have to travel to away games. Make up the volume of teams to 64 by inviting Conference and/or Championship first-team to take part, thus potentially increasing the publicity of the tournament and eliminating the need for ‘byes’ in the first round.

Keep the prize money decent, as it has been this season. Relax the rules on who managers can and cannot pick. Reduce the number of games each team has to play to get to Wembley by making the area finals a one-off game.

Maximise attendances by playing the area finals on a weekend. Play the area finals at exciting neutral venues that lower league clubs may not often get a chance to play at (Old Trafford, Villa Park, Emirates Stadium, London Stadium – you could pick a venue that’s equally close for both sides like the F.A. Cup semi-finals used to be).

And it perhaps goes without saying – no more academy teams. It would be a real statement to the fans for the EFL to admit they made a mistake and that it hasn’t worked. We’re all human after all and honesty in this case may well be applauded.

If this doesn’t work, maybe it is time to bid adieu to the EFL trophy. Yet let’s at least try a ‘Plan C’ following the farce of ‘Plan B’ teams.