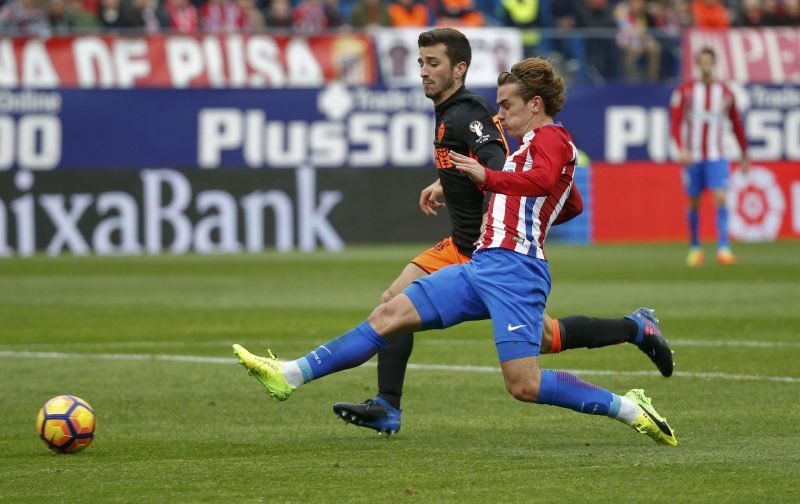 Pep Guardiola’s men twice threw away the lead to draw 2-2 with Arsenal on Sunday, which all but ended their hopes of winning the title this term, but did maintain their five-point gap over Manchester United in fifth place.

And Jose Mourinho’s side failed to put any meaningful pressure on their neighbours last night by only managing a 1-1 draw at home to Everton, which means that City could go some way to securing Champions League football next term with a win at Stamford Bridge this evening.

Guardiola’s men remain in with a chance of clinching some silverware this season given that they are in the last four of the FA Cup, so they still have plenty to play for between now and May, although that hasn’t prevented speculation building about who they may look to sign in the summer.

And one man they’ve been linked to in recent days is Valencia full-back Jose Gaya, who is a regular at the Spanish side and is widely regarded as one of the best young defenders in Europe. 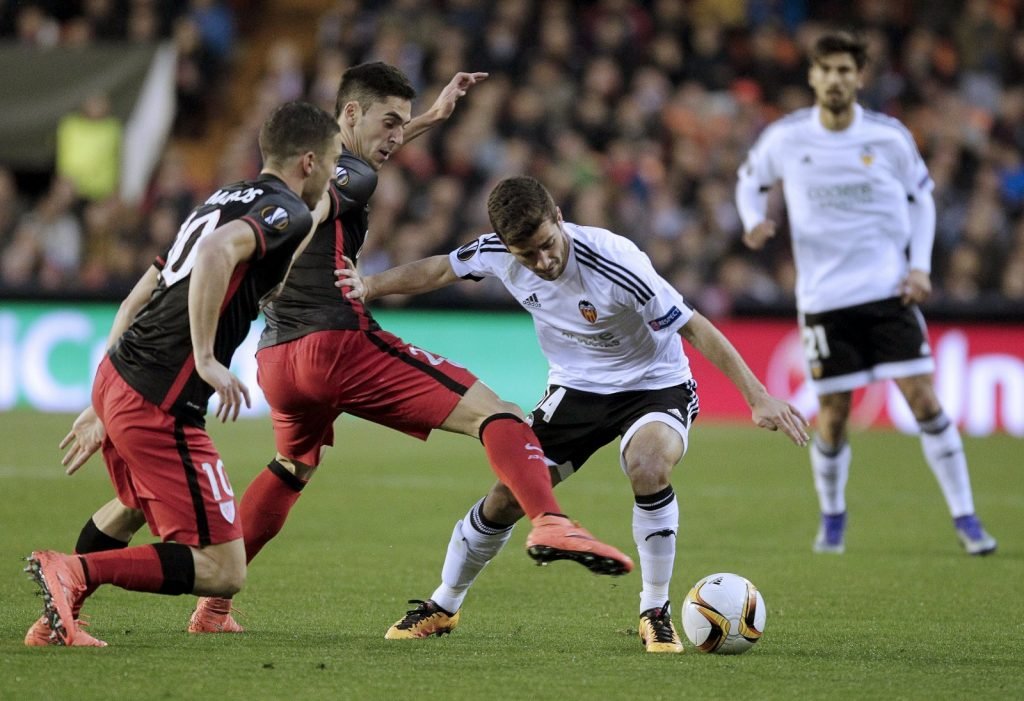 The 21-year-old has already played over 100 times for the La Liga outfit in his career, and with 21 starts in the league this term, he is clearly an important member of the squad at the Mestalla.

However, it has been reported that Valencia are open to a swap deal with City, with Gaya going to the Etihad in exchange for Eliaquim Mangala, who is currently on loan at the Spanish club from Guardiola’s side.

And, given that Mangala has had a fine season at Valencia so far, many City fans will be wondering, is this a good deal given City’s own defensive problems?

Well, there’s no doubt that the Spaniard needs to reinforce his backline, be it at centre-back and indeed at full-back.

But with the likes of Pablo Zabaleta, Bacary Sagna, and Gael Clichy all over 30 and all out of contract this summer, the full-back issue is a more pressing one. 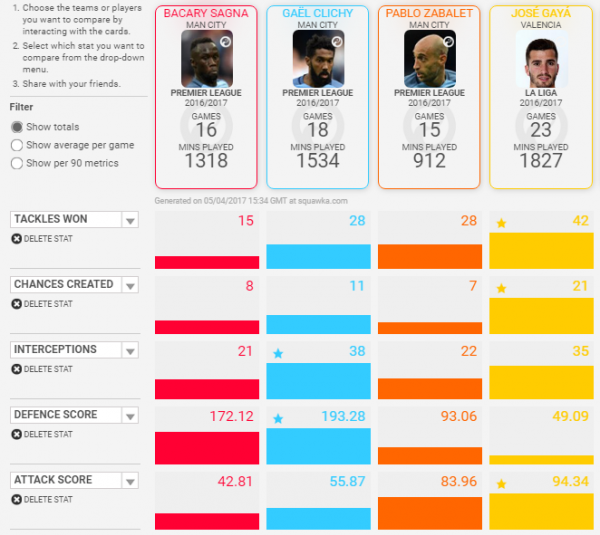 All four full-backs have their own strengths, but Gaya would certainly be a good option for Guardiola (Stats provided by Squawka)

Should all three depart at the end of the season, which seems likely at this stage, that would leave just Aleksandar Kolarov as the only natural full-back in the squad, albeit he isn’t exactly the greatest defender in that position.

So a move for 21-year-old Gaya is certainly a priority, as he would not only give them another option in that area, but he could be the long-term fix to the full-back issue.

Guardiola has made it clear what he wants from his full-backs in the style of play he persists with, and it’s just as clear that the current options aren’t really up to scratch – yet Gaya could be.

The Spanish Under-21 international has got energy to burn and a relentless work-rate to get up and down the flanks, but more importantly, he can affect things in both boxes.

He is a very adept defender, making more tackles than Mangala this term, but also gets into good positions in the attacking third of the pitch, and often produces a good delivery. 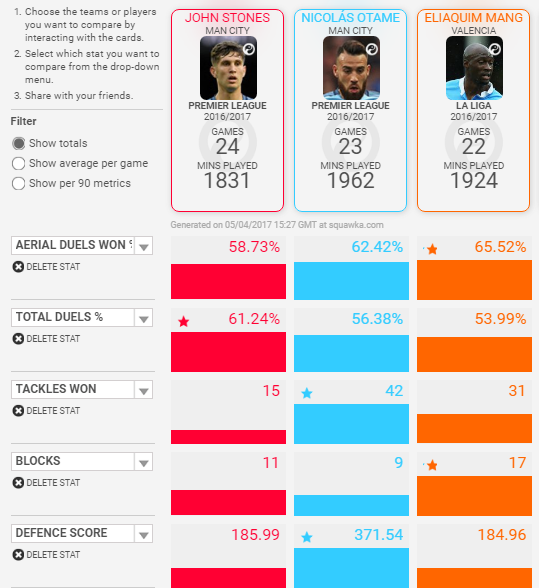 Stones and Otamendi have done reasonably well this term, but so has Mangala, which may give Guardiola something to think about (Stats provided via Squawka)

The France international has been excellent for Valencia this season, winning 66% of his aerial duels (more than Nicolas Otamendi and John Stones), and making three less defensive errors than Englishman Stones.

And with Vincent Kompany suffering from persistent injuries over the last few years, Guardiola hasn’t got many options to choose from in central defence, with Kolarov often used in a back three.

However, because of Mangala’s hopeless time at City under Manuel Pellegrini, it would probably be better for him and the club if the 26-year-old moved on this summer.

And if Valencia are willing to let Gaya go as part of the deal, it’s a deal Guardiola should strike up in a bid to bolster his squad ahead of a sustained Premier League title challenge next term.