Former Liverpool striker Emile Heskey has warned his old club that FC Barcelona will not give up on trying to sign star forward Mohamed Salah.

The Premier League side, who visited Tottenham Hotspur at Wembley Stadium this afternoon, could struggle to keep hold of the Egypt international winger should the La Liga giants continue to monitor the Liverpool star, according to Heskey.

Salah, 26, scored an incredible 44 goals in 52 appearances in all competitions for Jurgen Klopp’s side during his debut season at Anfield last term, following his then club-record move from AS Roma in June 2017.

However, former Reds and England striker Heskey, 40, fears Liverpool may face an uphill struggle to keep hold of the Egyptian at Merseyside in the long run, should Barcelona continue their pursuit of the ex-Chelsea winger. 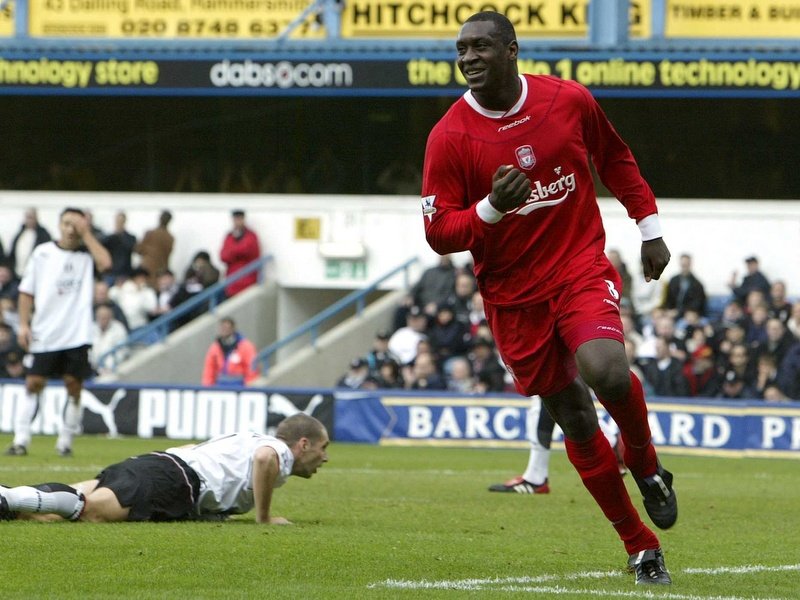 Former Liverpool striker Emile Heskey scoring against Fulham back in 2003.

He said, via the Express, “When you are looking at a player of Salah’s ability, all of the top clubs are going to be looking at him.

“They all sniff around at the best players and they all want the best.

“Inevitably you can’t get away from that, especially with the way he’s been playing.”