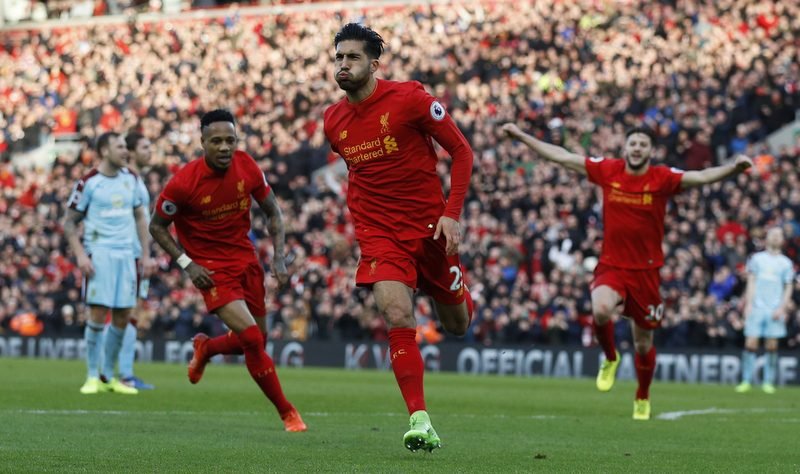 Liverpool midfielder Emre Can believes the Reds need four wins from their last four Premier League games to secure a top four finish, according to The Liverpool Echo.

The Germany international played the full 90 minutes as Jurgen Klopp’s men lost 2-1 at home to Sam Allardyce’s Crystal Palace on Sunday, inflicting on the Reds their first league defeat since February, and indeed placing their Champions League qualification hopes under threat.

Klopp’s men remain third in the table despite Sunday’s loss, although they are only three points clear of fifth place Manchester United, who have two games in hand on the Merseyside outfit.

However, 23-year-old Can knows that it is still his team’s hands as to whether they finish in the top four, with four wins from their last four matches the target.

He said: ‘We have got to go again and it is still in our hands.

‘If we win the last four games, we will reach the Champions League. Some of the other top teams will play against each other and we will give it our best.

‘Winning our last four has to be the target.’

Fourth place Manchester City, who also have two games in hand on Liverpool, host Jose Mourinho’s United on Thursday and also have champions Leicester to play between now and the end of the campaign, while the Red Devils face tricky trips to both Arsenal and Tottenham in May.

However, Can and his Reds teammates will turn their attentions to their huge clash with Walter Mazzarri’s Hornets on Monday at Vicarage Road, with it plausible that, by the time they kick off in Hertfordshire, they could be outside of the top four.