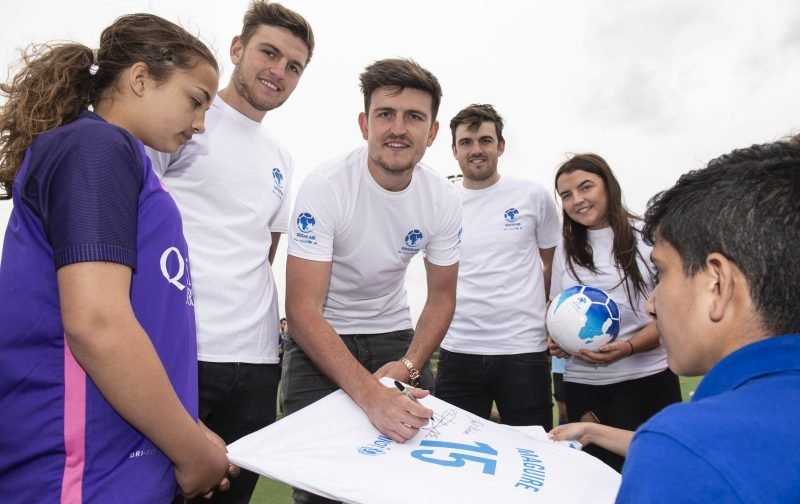 He was joined by his two brothers – Joe and Lawrence, both former pupils of the school – as well as his sister, Daisy, who still attends the school’s sixth form.

The Soccer Aid Playground Challenge sees pupils kick, bounce, or carry a football around a course they’ve designed in their playground. 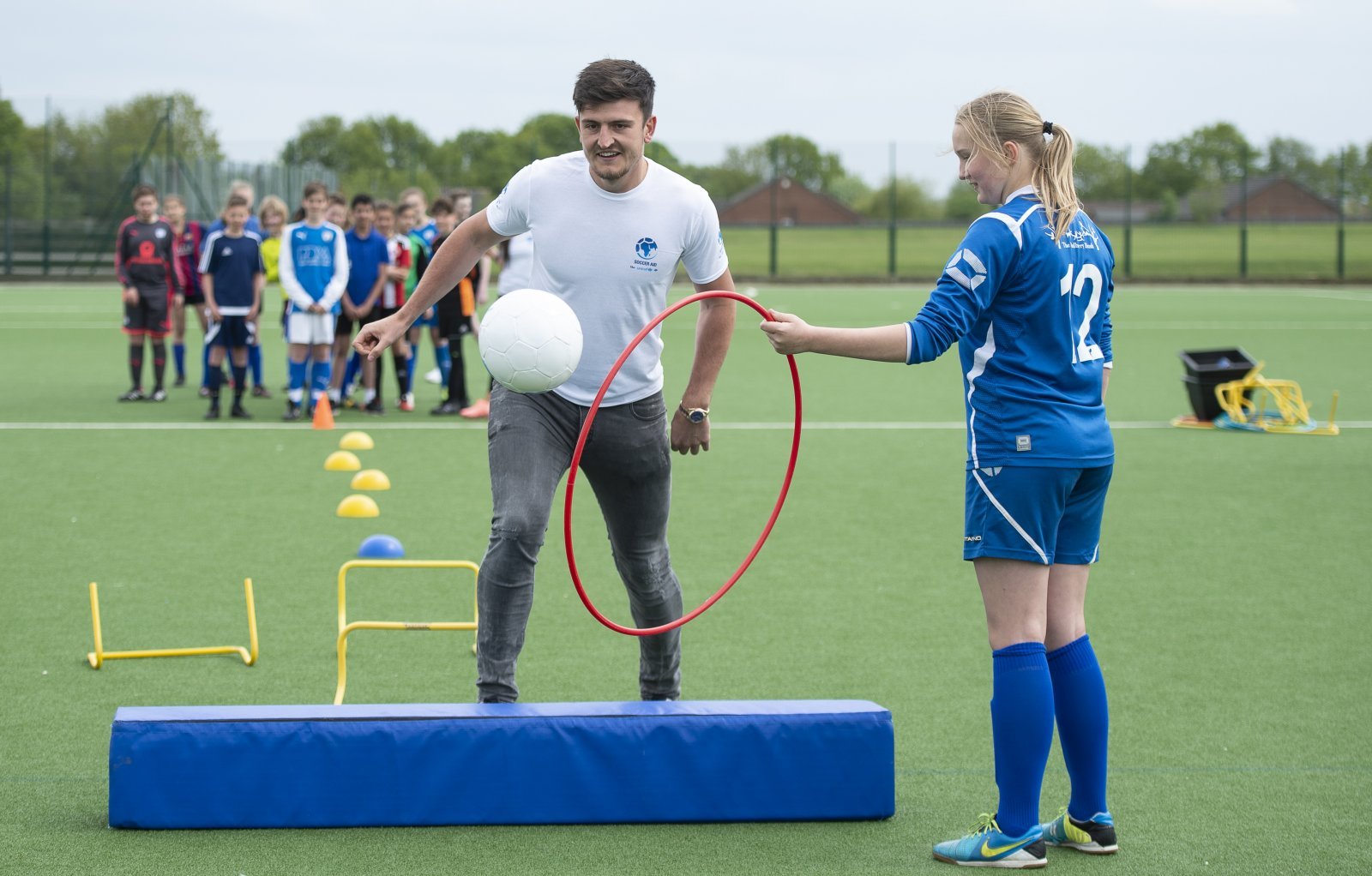 Pupils pay a pound, or two, to take part with proceeds going to Soccer Aid for Unicef.

The four Maguires joined St Mary’s pupils in nimbly navigating their very own fun course, being cheered by onlooking students as they went.

Harry Maguire, 25, said, “It was fantastic to be back at my old school with my brothers and sister, especially to help encourage students to take part in the Soccer Aid Playground Challenge.

“It’s so easy to do and for such a great cause that I would urge other schools to sign-up at unicef.uk/playground.

“Even better news is that the UK Government will match every £1 schools raise, doubling the difference children in the UK can make to the lives of children in danger around the world.”

On Friday, June 8, 2018, thousands of children in school playgrounds across the UK will follow suit, with all money raised matched by the UK government. 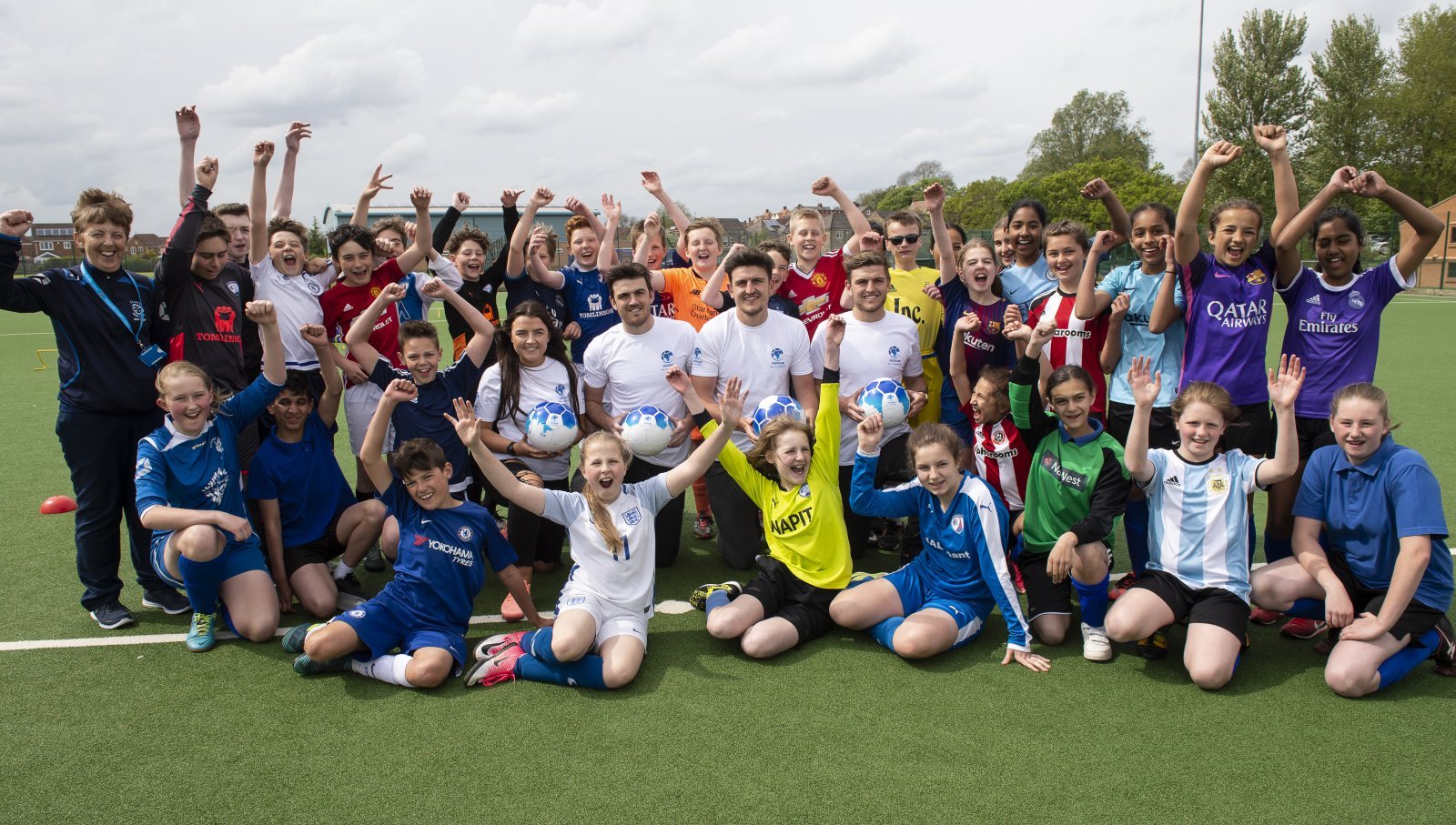 Over the past 10 years, Soccer Aid for Unicef has raised £24 million for Unicef to help children all around the world.

Sign up for the Soccer Aid Playground Challenge at unicef.uk/playground.