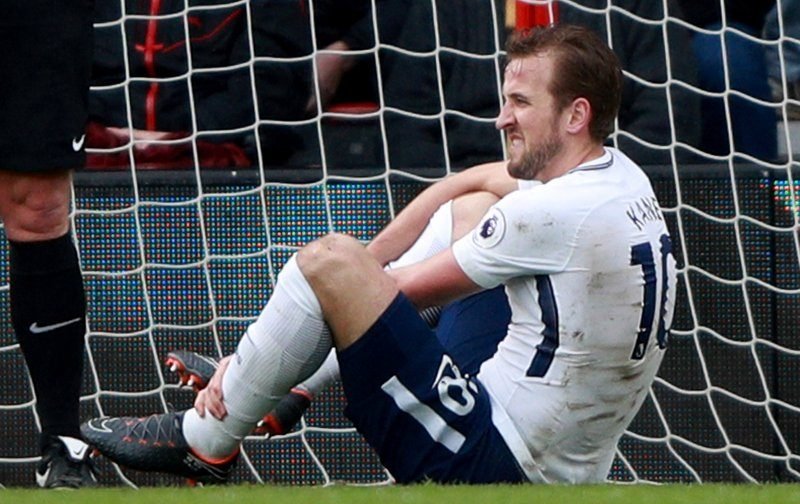 England international striker Harry Kane is set to be sidelined until May after damaging his ankle ligaments, according to the Mirror.

The Tottenham Hotspur forward, who has scored 35 goals in 39 appearances in all competitions for Spurs so far this season, now faces a battle to be match fit for the Three Lions’ FIFA World Cup finals campaign in Russia this summer.

Scans revealed the 24-year-old star damaged his ankle ligaments following his collision with AFC Bournemouth goalkeeper Asmir Begovic during Tottenham’s 4-1 victory at the Vitality Stadium – the third time in 18 months the Tottenham ace has suffered the same injury. 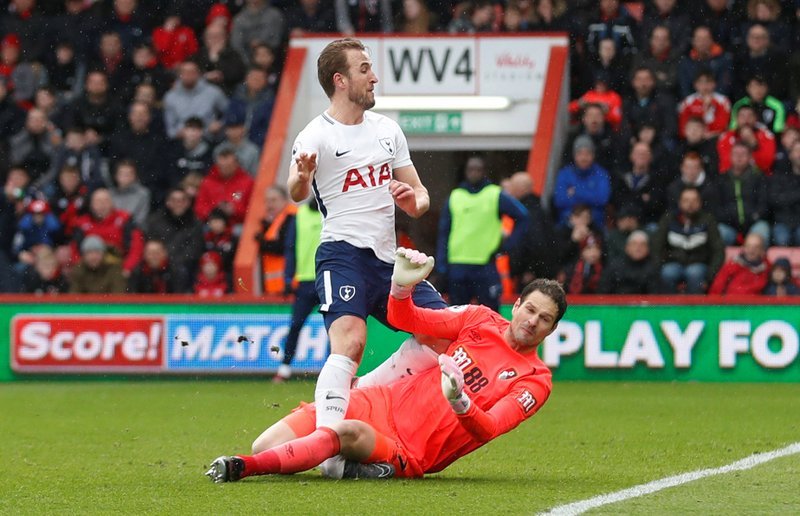 Tottenham’s Harry Kane sustains an injury as he is challenged by AFC Bournemouth’s Asmir Begovic.

Suspected to be out for six weeks, Kane will miss crucial fixtures for Mauricio Pochettino’s Spurs during the 2017-18 run-in, whilst also giving England boss Gareth Southgate a huge worry before this summer’s trip to Russia.

Kane will sit out Tottenham’s FA Cup quarter-final clash against Swansea City on Saturday, and is likely to miss key Premier League games against Chelsea and Manchester City, as Spurs battle for a top four finish. 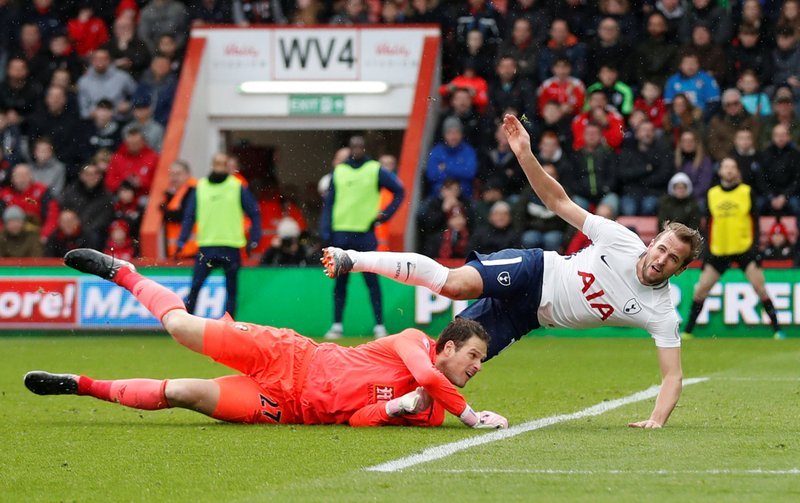 The star striker, who has 23 international caps for his country, will also be sidelined for England’s two friendlies against the Netherlands and Italy later this month.

The Three Lions kick off their 2018 World Cup finals against Tunisia on June 18, and face Panama and Belgium too in Group G.