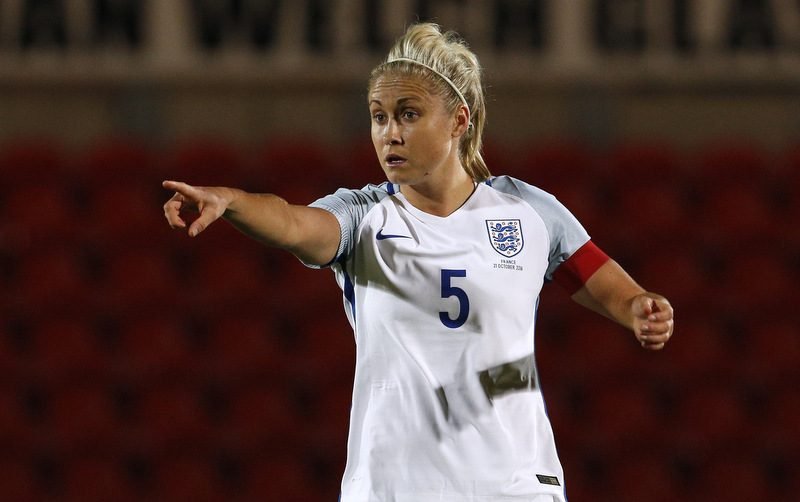 “The squad’s in good spirits, we’re excited by the tournament, we know we’ve got three really tough games, and we know that we’re playing our old enemies, France, and that’s always a big game!” she tells Shoot!

“We’re up for the challenge.”

Last year, neither England nor France acquitted themselves in the tournament as well as they might have wished, so both may feel they have something to prove. They are joined in the round-robin competition by Germany and the USA.

“Defensively, we were happy with our performance,” says the central defender, “but we’ve got a lot to give the attacking part of our game. It’s all a process leading up to the Euros – we need to be defensively strong, and hopefully we can turn some of those performances into wins.”

Of course the 28-year-old takes personal pride in the plethora of clean sheets the back line kept – particularly in qualifying for the Euros, when the Lionesses scored 32 goals and conceded only one.

Before Euro 2017 gets under way in July, England have two more home friendlies, announced this week – they face Italy at Port Vale and then Austria at MK Dons at the start of April.

“The only time I’ve been at Port Vale is to watch my boyfriend play!” she laughs, referring to Bradford City’s Stephen Darby. “So that’ll be a first for us. Hopefully we can get a big crowd to come and support us and send us off to the Euros. We always get a fantastic crowd at MK Dons, and it’s a fantastic stadium, so we’re all excited – but our main focus now is the three games coming up here.”