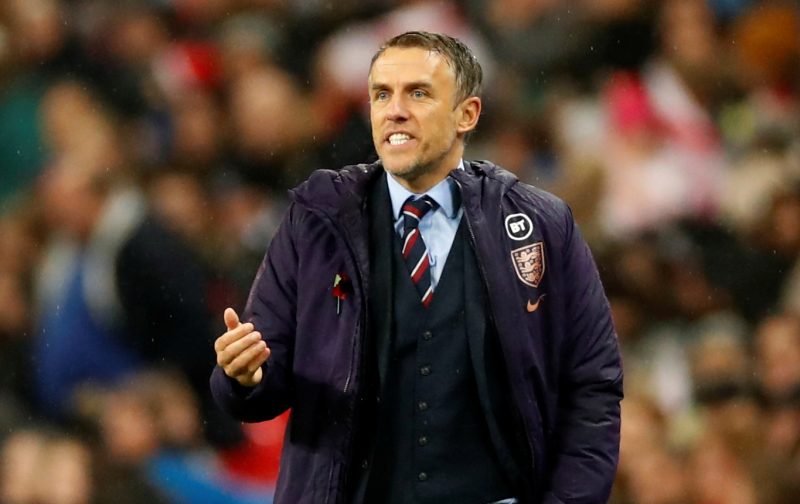 Phil Neville looks set to leave his job as England Women’s head coach to take over at MLS side Inter Miami.

The Independent report that the 43-year-old was approached about taking over Diego Alonso, who was sacked last week, and is thought to have agreed terms.

Miami have just finished their first ever season and are co-owned by Neville’s former Manchester United and England teammate David Beckham.

Neville was going to leave his job with the Lionesses this summer with Netherlands manager Sarina Wiegman already confirmed to takeover in September following the postponed Olympics.

At that same competition in Tokyo, Team GB were supposed to be led by Neville, but a move to the MLS means the FA will have to have a rethink.

Neville was appointed England boss in 2018, guiding the team to the SheBelieves Cup and World Cup semi-finals in 2019.

However, since reaching the last-four, the Lionesses have won just three of their 10 matches.