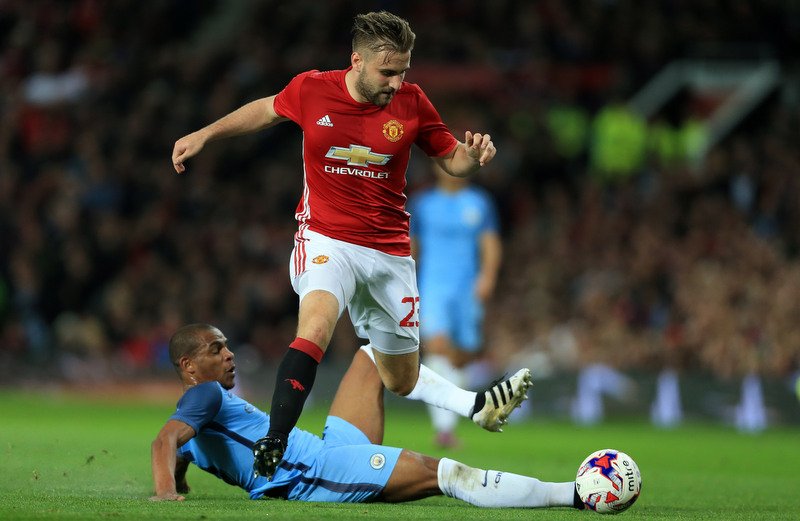 Manchester United and England defender Luke Shaw looks set to end his Old Trafford nightmare this summer, according to The Daily Star.

The 23-year-old has struggled throughout his time in the North West since his big money move from Southampton in 2014, making just 43 appearances for the Red Devils in the last two-and-a-half seasons, only 23 of which have come in the Premier League.

Injuries have somewhat thwarted his progress at United, but this season has seen the England international fall down the pecking order under Jose Mourinho, starting just one league game since the turn of the year.

Shaw was publicly criticised for his part in United’s 3-1 defeat to Watford earlier in the season, and the United boss than questioned his commitment after ruling himself out of their victory over Swansea back in November on the morning of the match.

And now it appears that Shaw wants to leave the club this summer, even more so given that he was named in Gareth Southgate’s England squad for the upcoming international break.

The left-back is clearly a part of Southgate’s future plans for England but surely he needs to be playing first team football to remain in the squad, and that is something that Stoke, Crystal Palace, and Newcastle could offer the 23-year-old, the trio reportedly keeping tabs on his situation at Old Trafford.

Shaw still has over a year left on his contract at United so the club will likely want a hefty fee for the youngster, especially given that he cost them £30 million back in the summer of 2014.

The defender was once again left out of the starting line-up against Middlesbrough this afternoon.