Lionesses great Katie Chapman has given her backing to Soccer Aid for Unicef’s Great Big Kickabout ahead of this year’s big match at Stamford Bridge on Sunday June 16.

The ex-Chelsea and Arsenal midfielder, who won 94 caps for her country in an illustrious playing career, visited Goals in Wembley to support the campaign which will make a huge difference to the lives of children across the world.

Taking place between June 14-16, the Great Big Kickabout, will see thousands of people grab their mates together for a game of footy all in the name of raising money for Soccer Aid for Unicef.

Chapman, who will be one of the first female footballers to ever take part in Soccer Aid in this year’s match at Chelsea’s home ground said: “It’s fantastic that we are able to inspire people to get out and play and that’s why I’m delighted to be supporting the Great Big Kickabout. It’s an honour for me to be involved in Soccer Aid for Unicef this year, especially as one of the first female players.”

“It’s really encouraging to see that this initiative is being supported by Goals and Disney also – who have played their part in ensuring those playing during the weekend of 14-16 June are helping to raise even more funds for Unicef. If you haven’t already, sign up to come out and play!” 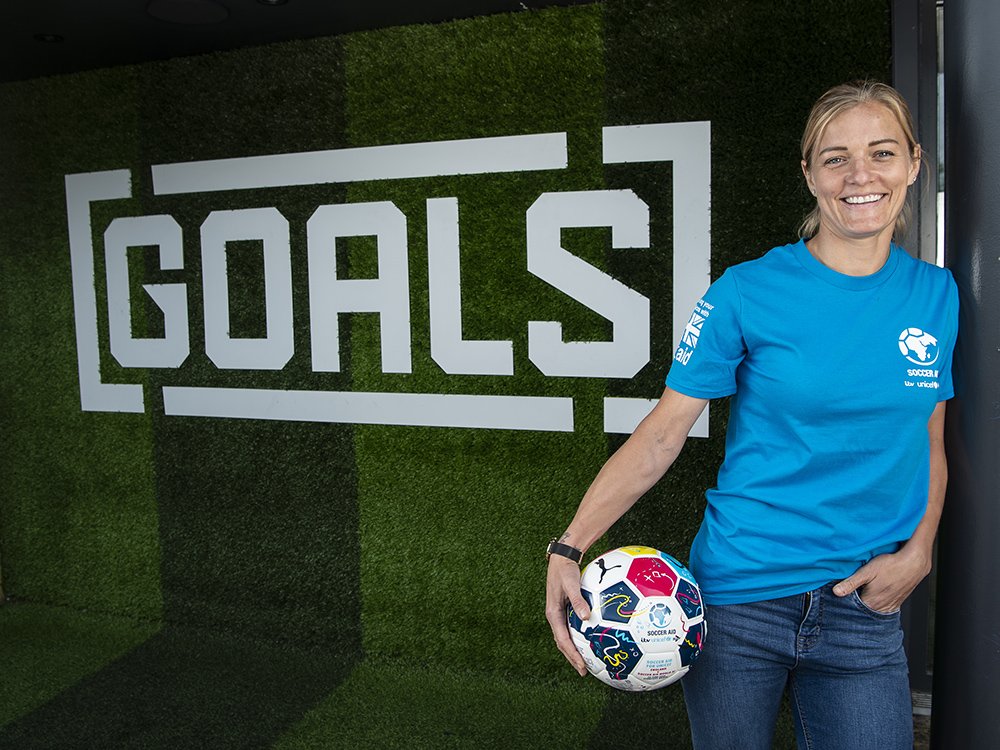 To assist with the cause, Goals will be giving away pitches to participants across the country and Disney will donate £10 to Soccer Aid for Unicef for each booking made at one of their 46 centres.

All funds raised throughout via the Great Big Kickabout will help make sure that children around the world are happy, healthy, and safe to play. Every pound donated to Soccer Aid for Unicef until 23 July 2019 will be matched by the UK government, doubling the difference you make to children’s lives.

The match itself – which will be live on ITV and STV – will feature an England team, co-managed by Sam Allardyce and Good Morning Britain presenter Susanna Reid, take on a Soccer Aid World XI side led by Harry Redknapp and Reid’s co-presenter, Piers Morgan.

For more information or to find out how you can get involved in the Soccer Aid Great Big Kickabout visit: socceraid.org.uk/kickabout.