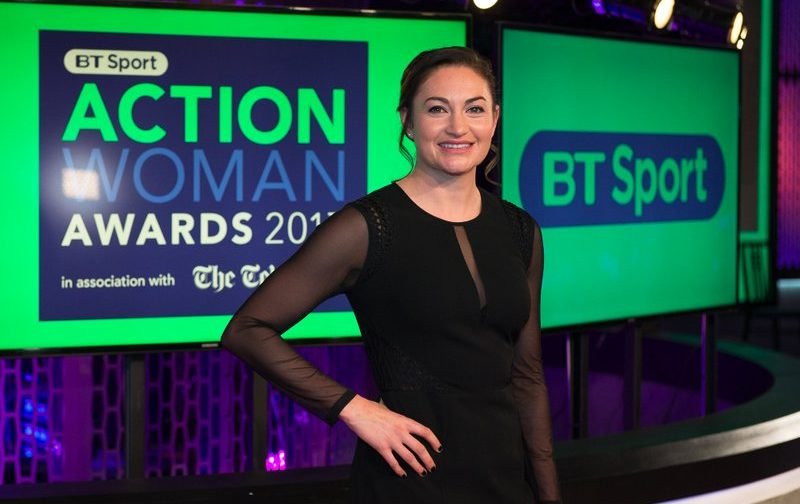 England Lioness Jodie Taylor has been named as BT Sport’s Action Woman of the Year after her spectacular performance at the UEFA Women’s Euro 2017 finals, where she won the Golden Boot with five goals.

The Seattle Reign forward beat off competition from a shortlist of eight women, with exceptional sporting performances throughout the year, to win the public vote.

In what has been an outstanding year for women’s sport with inspirational individual and team performances, Taylor beat off competition from World Champion canoeist Mallory Franklin in second place and Jo Konta, the first British woman to reach the Wimbledon singles semi-finals since 1978, in third.

The Lionesses striker received her award from Rachel Atherton, the 2016 winner, at the awards ceremony at the BT Sport Studio, hosted by Clare Balding and broadcast live on BT Sport 2, BT Sport’s Facebook page and btsport.com.

Absolute honour to be named BT Sport #ActionWoman of the Year. Thank you to everyone who voted https://t.co/MUy0w91P3J

Taylor took to Twitter on Monday night to thank her fans for voting, saying, “Absolute honour to be named BT Sport #ActionWoman of the Year. Thank you to everyone who voted.”