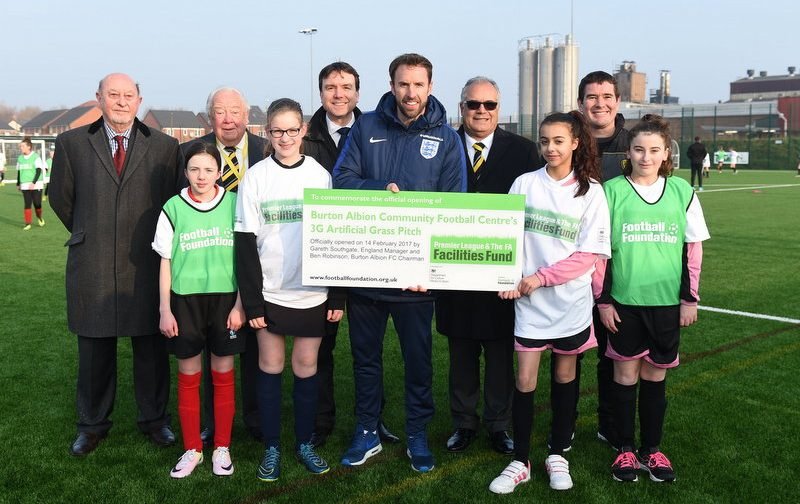 In another busy month for Football Foundation, we were pleased to be joined by England manager Gareth Southgate, who spent Valentine’s Day expressing his love for the game by opening Burton Albion Community Trust’s (BACT) new community hub.

The Three Lions boss took a brief break from his preparations for England’s World Cup Qualifier against Lithuania next month, to open the brilliant new football hub in Burton.

The new state-of-the-art hub replaces an undeveloped area of the Brewers’ Pirelli Stadium and will house a huge range of sporting, educational and community programmes delivered by BACT – the charitable arm of Championship side.

The 46-year-old, who has long been a supporter of the Foundation, becoming an Ambassador in 2004, said, “As a professional, I have been lucky to train, play and coach on some of the best facilities in the country and the grassroots level should be afforded the same experience.

“That means building facilities more like this one right across the country, something that the Football Foundation continues to do, expertly.” 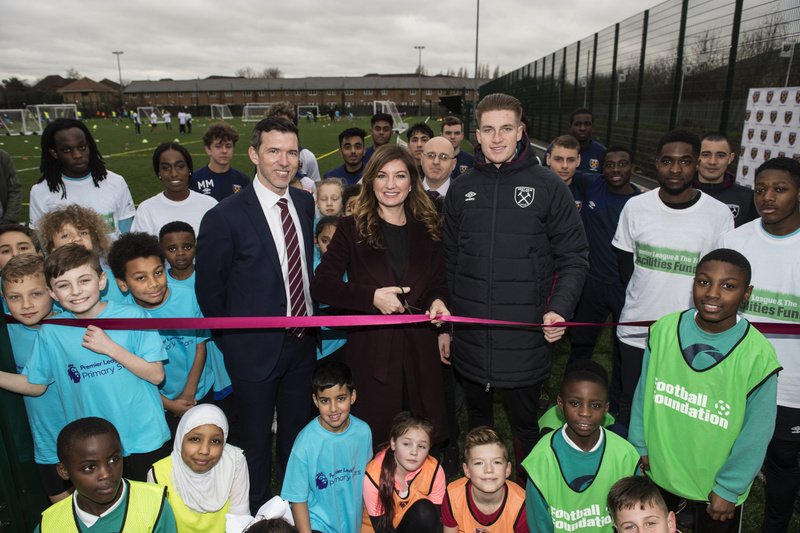 Attention then turned to the capital as a number of famous faces gave their support to the opening of a fantastic facility in Beckton.

Whilst the first-team were abroad for a training camp, West Ham United’s Vice-Chairman and Apprentice star, Baroness Karen Brady CBE, was in attendance alongside Hammers defender Reece Burke, for the opening of the West Ham United Foundation’s new community sports hub.

The state-of-the-art facility got the seal of approval from Premier League Executive Chairman, Richard Scudamore, who described the new site as “fantastic” and “fundamental to creating a sporting legacy for the area”. Which it will, as the site is predicted to increase sports participation by 78 per cent.

West Ham Captain Mark Noble, who grew up locally, said, “Having played across all levels of the game I know how important these types of facilities are in helping nurture good football, and importantly, reaching out to the local community.”

Brady was equally excited about the project, adding, “This new all-weather pitch will make a tremendous difference, helping youngsters across Beckton and beyond to adopt football as a real passion; a platform to make positive life choices and engage among the local community.”

The Foundation would like to thank everyone who attended these events for giving their time and support to benefit the grassroots game.

You can see all of the images from these events on our Flickr. To check out our future openings, head to our Twitter and Instagram to find out more!