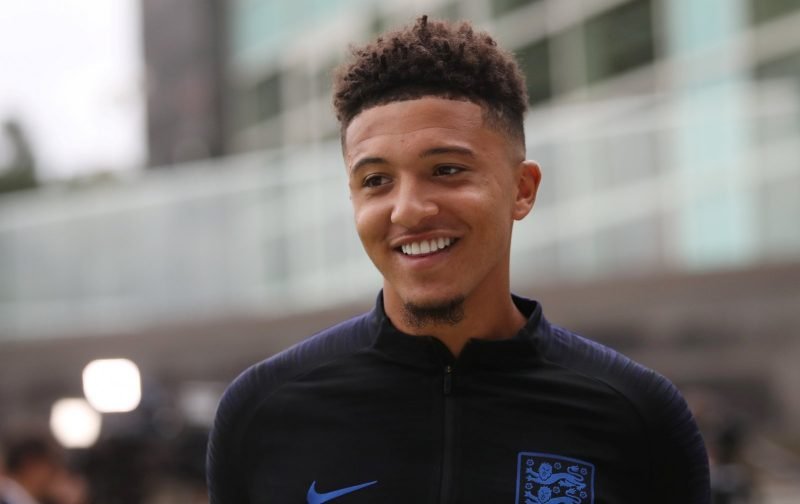 FIFA 20 is released on September 24, meaning it’s that time of the year for EA Sports to reveal their player ratings.

But the video game giants seem to have already got on the wrong side of one of the brightest young stars in Europe in Borussia Dortmund forward Jadon Sancho.

The 19-year-old, who is hoping to win his eighth England cap against Kosovo on Tuesday, went to Twitter shortly after the top-1oo players were revealed to share his thoughts.

EA responded to the teenage talent: “Why pass when you have 90 dribbling?”

The Three Lions starlet hit back with: “I think both could be 90. A bit harsh.”

Sancho had a breakthrough season with Dortmund last term, scoring 13 times in 43 matches.

Elsewhere on the latest edition of the multi-award winning series, Lionel Messi has surpassed Cristiano Ronaldo as the best player.

The Argentina and FC Barcelona legend has been given a 94 rating, one better than his Portuguese rival’s 93.