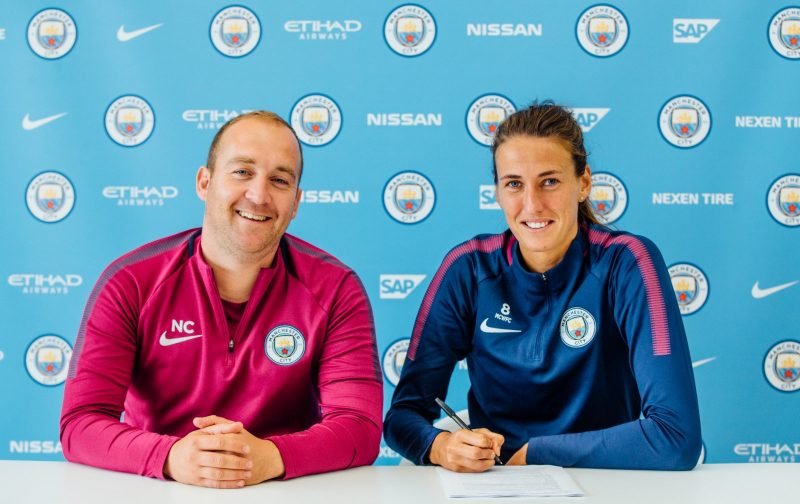 Manchester City have announced that England international, Jill Scott and Izzy Christiansen, have agreed new deals with the club ahead of the 2017-18 FA Women’s Super League season.

Scott and Christiansen were both part of the Manchester City squad that won the FA WSL Continental Tyres Cup trophy in their first season in action and played integral roles in the success of the club last season.

It was a landmark year for Manchester City Women as they not only competed in the UEFA Women’s Champions League for the first time and regained the Continental Tyres Cup title, but also became the FA Women’s Super League champions and the SSE Women’s FA Cup winners.

Speaking about her contract extension, midfielder Christiansen said, “I’m excited to sign a new contract with Manchester City and adding to the success we’ve already enjoyed over the previous three seasons. 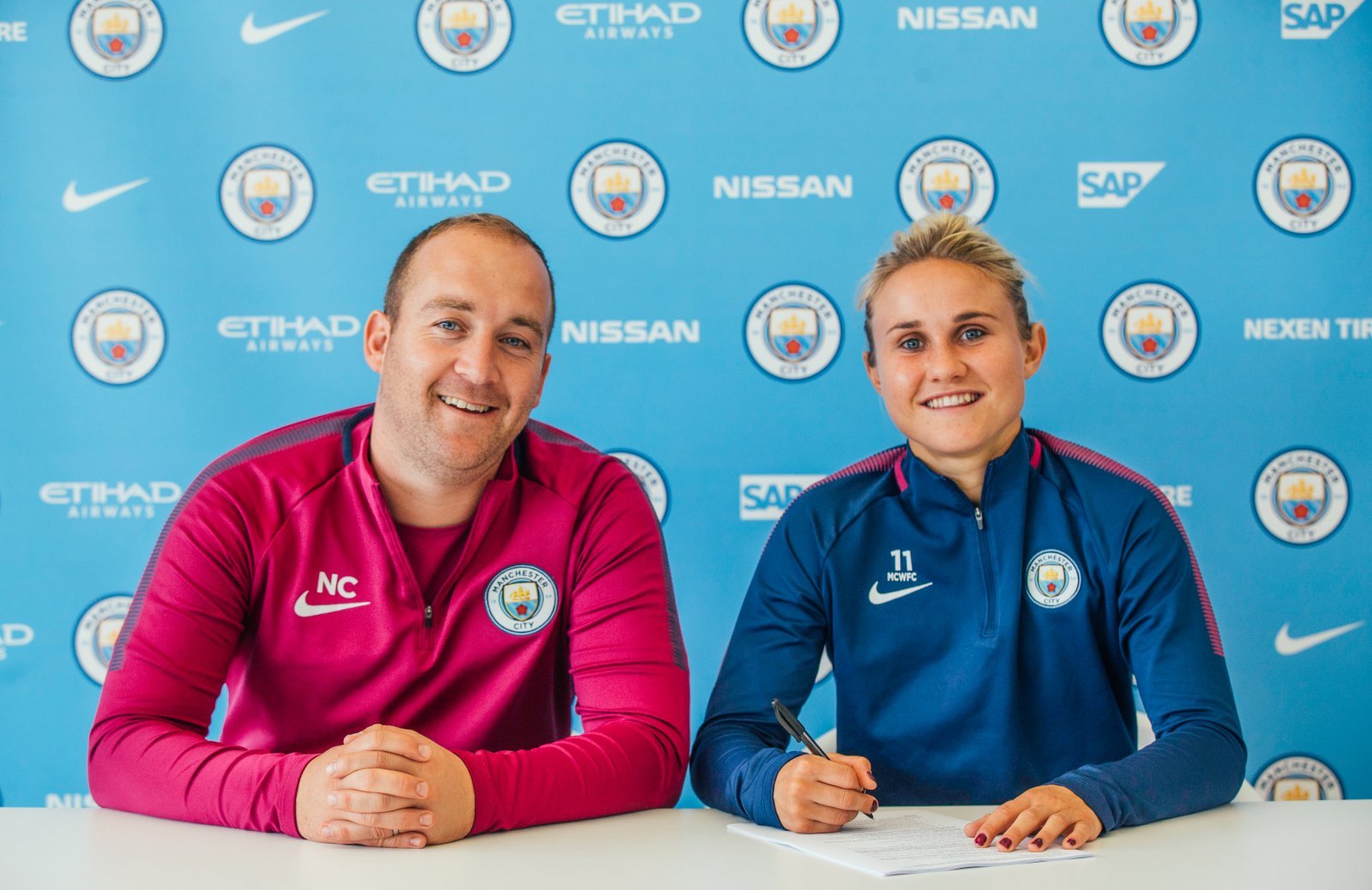 “Resigning was an easy decision, I have high standards and I think my personal ambitions match those of Manchester City who want to grow the game and take women’s football to the next level.

“I have developed so much as a player whilst I have been here, but I know I have even more to give and this is the best place to do it; it’s also where I can help younger players grow, which is something I’m very passionate about.”

Fellow midfielder Scott was equally excited about her new long-term deal, adding, “I’ve been a part of Manchester City since day one and I’m ecstatic to have the opportunity to continue this journey with the club.

“It’s a privilege to be able to train at such a fantastic facility, but it’s the people that really make the difference.

“The coaching staff, those working behind the scenes and the fans, who we always want to make proud.

“When I joined Manchester City, we wanted to do well in the Women’s Super League and we wanted to win the FA Cup; and now the Champions League is a big goal for us and I want to be here and be a part of the club’s history.” 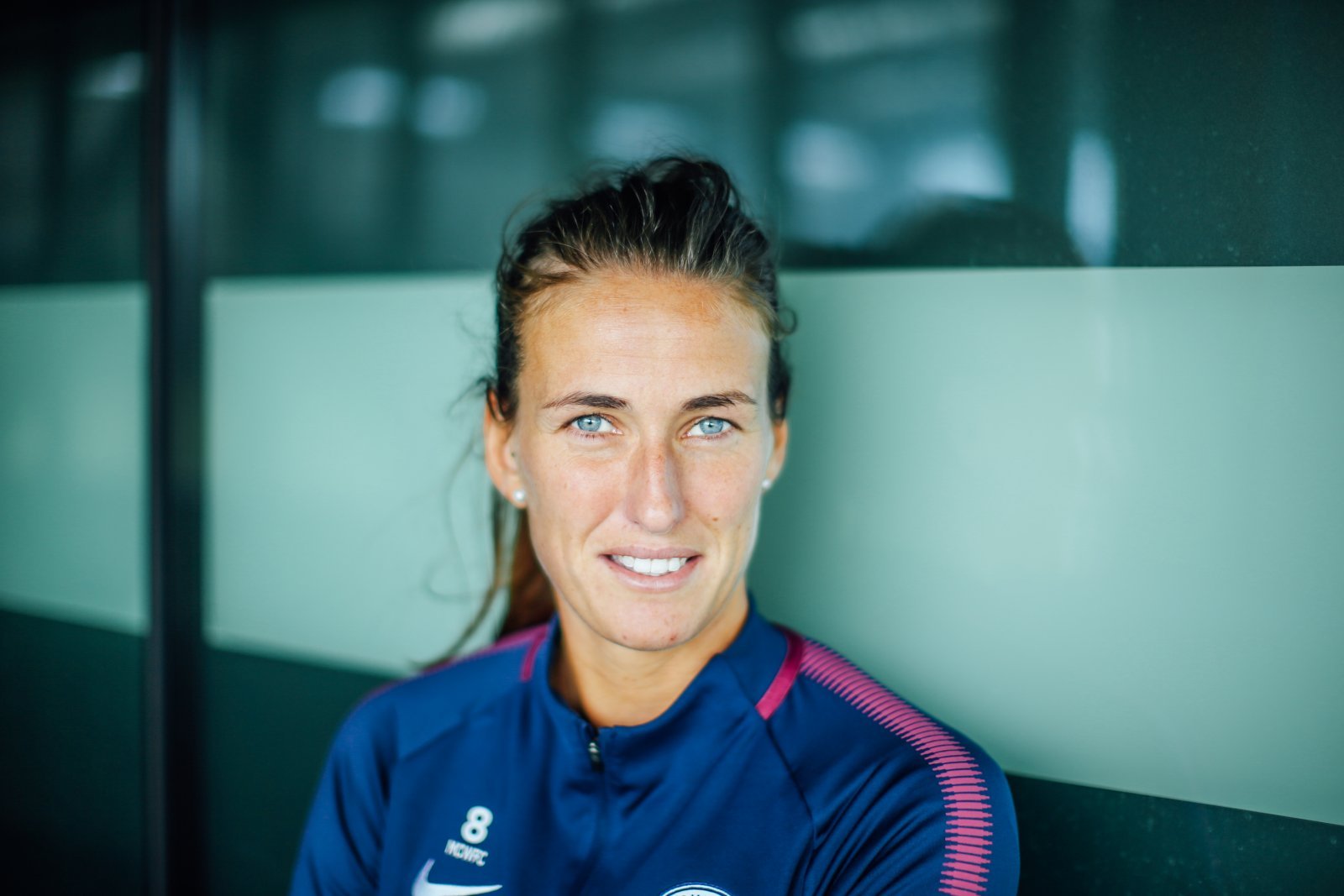 Nick Cushing, Head Coach of Manchester City Women, also commented, “Izzy and Jill are exceptional players who form an integral part of our midfield and I am delighted they will remain at Manchester City as we look to build on what we achieved last season.

“They are both fantastic role models, especially for our younger players and the girls who are part of our academy.

“They’re team players who know it takes hard work and determination to be successful on the pitch and more importantly they’re good people whose passion for the game is second to none.”