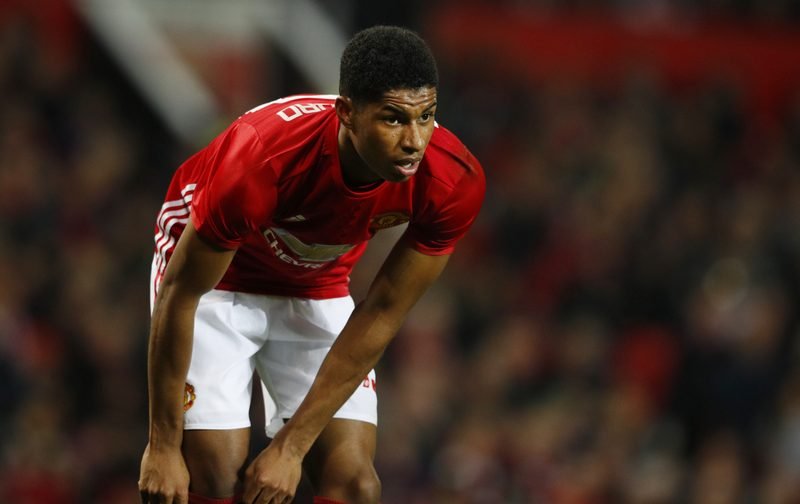 England international forward Marcus Rashford is reportedly stalling on signing a new contract with Manchester United, according to The Times.

The Premier League side, who defeated Watford 2-0 at Old Trafford on Saturday in the top-flight to stay sixth in the table, brought on the highly-rated striker for goalscorer Anthony Martial with just nine minutes remaining at the weekend.

The 19-year-old, who has six international caps for The Three Lions, has scored six goals and provided two assists in 31 appearances in all competitions for The Red Devils so far this season.

However Rashford, who is contracted to United until June 2020 already, is understood to have become frustrated with his lack of first-team action this term under manager Jose Mourinho, having started just 10 league games.

The Times suggests the youngster will consider his future at the Premier League giants this summer, despite not wishing to leave the club.

Rashford burst onto the scene almost a year ago, scoring twice on his Red Devils debut against FC Midtjylland in the UEFA Europa League at The Theatre of Dreams on February 25, 2016.