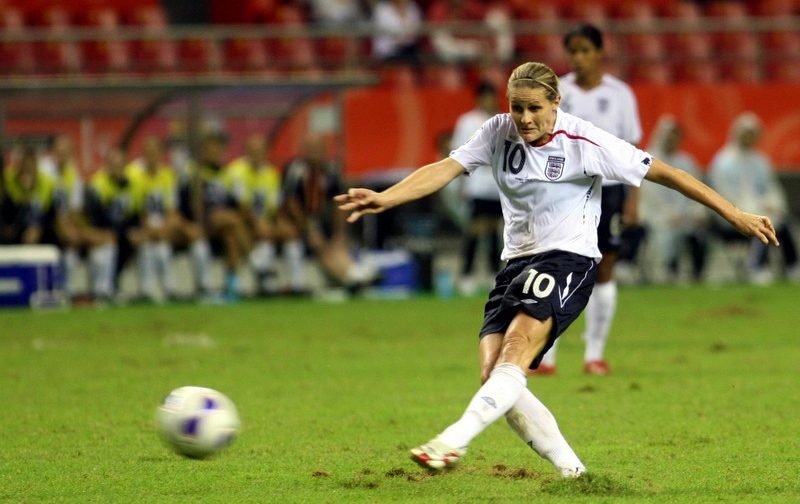 Arsenal’s Kelly Smith has announced her retirement from football.

Smith’s childhood was spent playing in boys’ teams, and when as a teenager she was no longer allowed to do so, she stepped up into the women’s game – first with Wembley Ladies, then with Arsenal, playing alongside team-mates a decade or two older than her.

She chose to cross the Atlantic for college and became a legendary Seton Hall student athlete, breaking all the soccer records there and receiving the accolade of having her shirt retired.

On graduation, she stayed in the USA, with her teams there including the Boston Breakers. 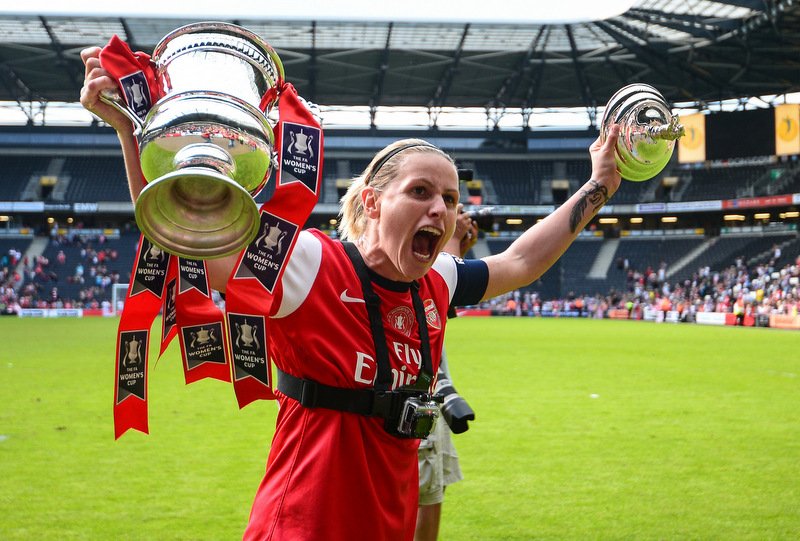 She returned to Arsenal in 2005, and in the 12 years since then, she has consistently been one of the best players in the world, nominated for the FIFA Best Player Award in 2009.

Although records prior to the FA takeover of women’s football are sketchy, Smith is the official all-time record goalscorer for England Women, with 46 strikes in her 117 caps.

She played in two World Cup and four European Championships, as well as the London 2012 Olympic Games, before retiring from international football in 2015 in an effort to extend her domestic career further.

“Winning the 2016 FA Cup at Wembley was the most glorious way to complete my career,” said Smith in a statement.

“It was always going to be tough for me to stop playing but I feel now is the right time.”

I grew up watching @kelly_smith10 on TV, I was lucky to have been on the same training pitch as her! Congrats on an amazing career! Legend https://t.co/V3F0IJ9iMD

Tributes have poured in for her, with Chelsea and England striker Fran Kirby writing on Twitter, “I grew up watching Kelly Smith on TV, I was lucky to have been on the same training pitch as her! Congrats on an amazing career!”