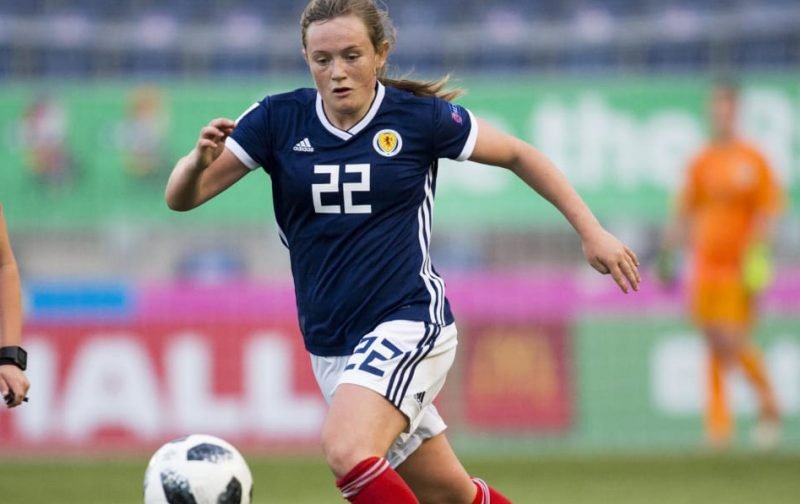 Scotland star Erin Cuthbert says the squad are prepared to take on England in their opening first ever Women’s World Cup match.

The Tartan Army face the Lionesses in Nice on Sunday June 9 as they look to make a positive start in Group D against their oldest rivals.

Two years ago the Scots were defeated 6-0 by England in their first ever major tournament match at Euro 2017.

But Cuthbert, who is going to France off the back of an impressive campaign with Chelsea, feels things will be different this time round. 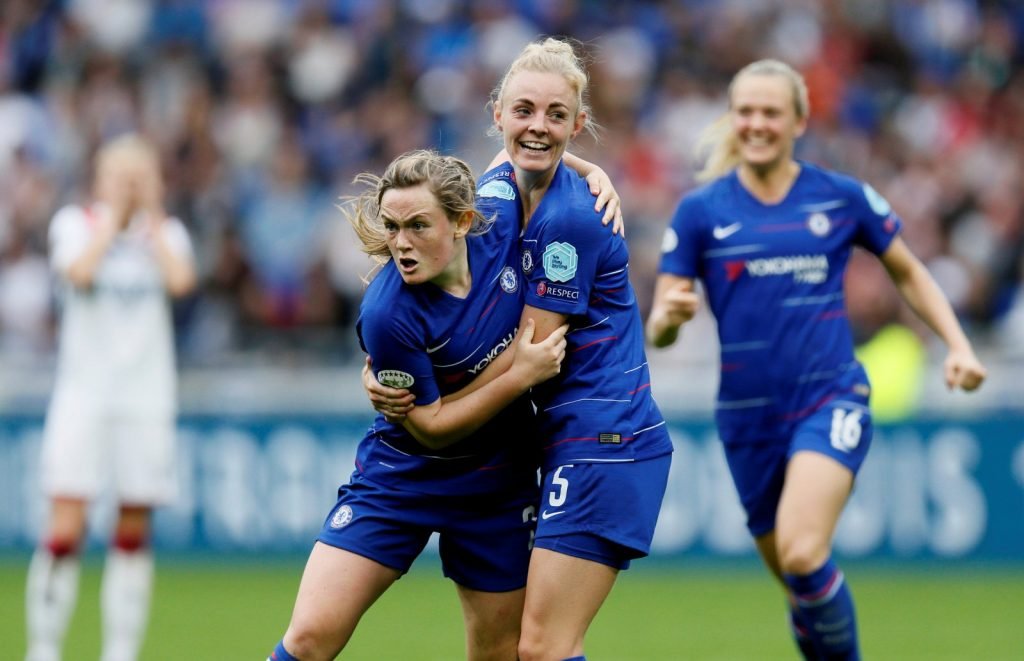 Cuthbert was named Chelsea’s Player of the Season and was included in the PFA Team of the Year.

“It’s very exciting to be playing the auld enemy in the first game,” said the talented forward.

“I’m hoping this time will be better than the last because England beat us on my 19th birthday at the Euros.

“We’re definitely better prepared to play England this time and they know that. We have most the squad playing professionally and even the four players that aren’t professional have been given funding to train full-time back in Scotland.

“Everyone is now at a high level of fitness and playing top-flight football every single week so we’re going into France ready to give our all.”

No matter the result, Scotland will then face Japan and Argentina in their final two group matches.

And with a top-two place guaranteeing qualification to the final knockout stage, plus the four best third placed teams heading through, Cuthbert expresses the importance of every match.

“With the anticipation around the England game we need to remain in a bubble and realise that all the games are equally weighted,” said the 20-year-old.

“So no matter what happens in the first game there will be another two matches where six points are up for grabs.”

It’s very exciting times for Scottish football with Shelley Kerr’s side the first Scotland team to qualify for a World Cup since the men did in 1998 – which was also held in France.

And Cuthbert, who scored her 10th international goal with a world-class strike in the 3-2 friendly win against Jamaica last time out, can’t wait until the big kick-off.

“I can’t even put into words how excited I am to play at the World Cup,” she said.

“As a little kid I dreamed of playing in a World Cup but Scotland don’t get to many.

“Scotland Women had never qualified for a major tournament but I’m lucky that we’ve done that in 2017 and now 2019.

“It’s hard to put into words and I hope it kickstarts the generation of young girls in Scotland wanting to become professional footballers.

“Everyone is excited and I hope we can just go and put on a show.”

Read the full interview with Erin Cuthbert inside the 2020 Shoot Annual. Available in selected high street retailers and online from September 1, 2019.