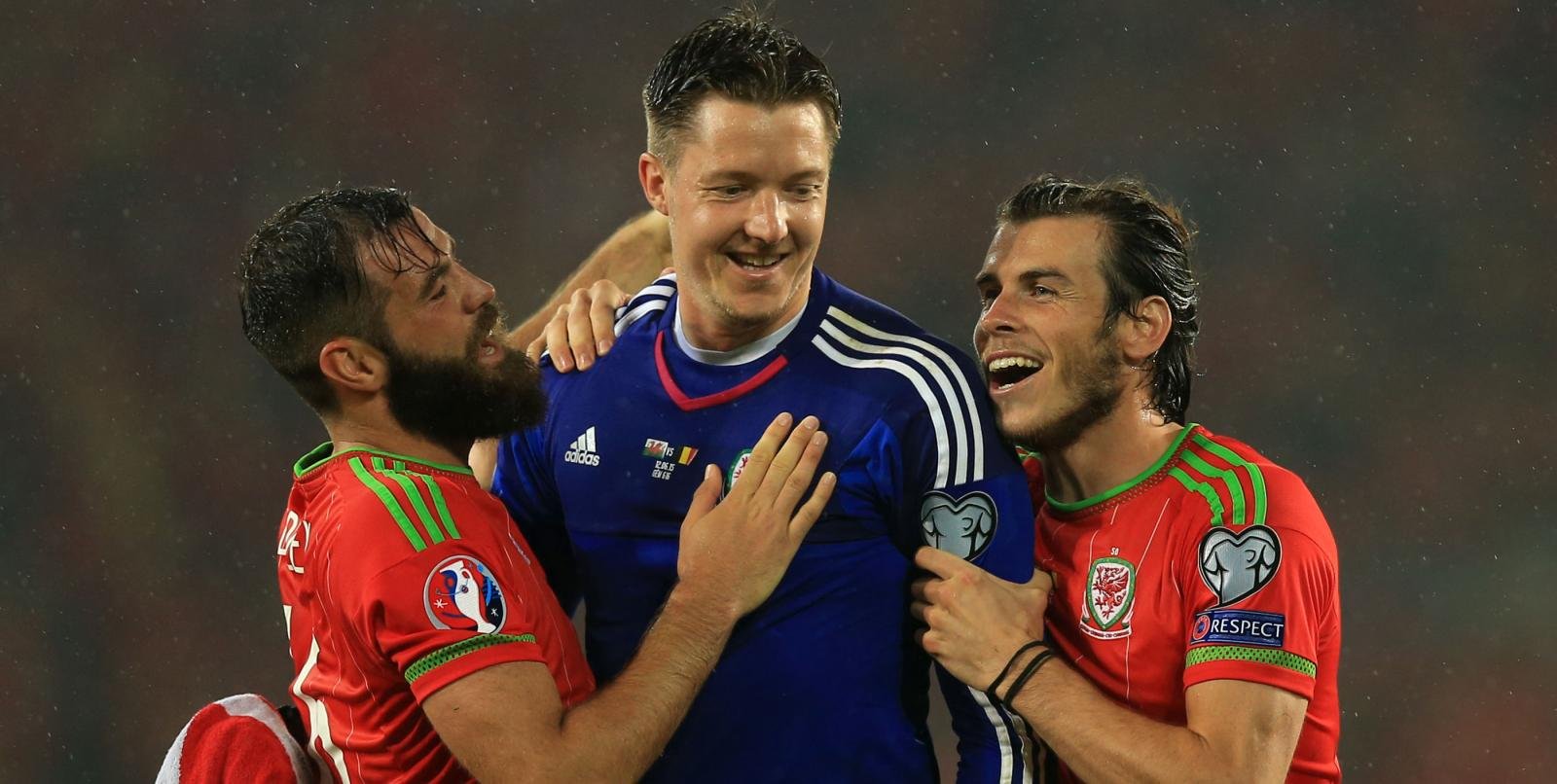 Wales qualified for the European Championship for the first time, and just their second ever major tournament, despite losing 2-0 at Bosnia and Herzegovina.

Chris Coleman’s side entered the match knowing a point would secure their spot in France but second half goals from Milan Djuric and Vedad Ibisevic condemned them to defeat.

But despite falling to their first loss of the campaign, the Dragons still qualified for first major tournament since the 1958 World Cup after Israel lost 2-1 at home to Cyprus.

Israel’s defeat means Bosnia are now a point ahead of them in the race for the third placed play-off spot in Group B.

Wales slipped down to second as Belgium also sealed qualification with a 4-1 win in Andorra; Kevin De Bruyne and Eden Hazard (pen) getting a goal each.

In Group A, the Netherlands have kept their slim chances of salvaging a play-off spot alive after beating Kazakhstan 2-1.

Goals from Georginio Wijnaldum and Wesley Sneijder gave Oranje all three points but they are still relying on results from elsewhere in the final match after Turkey maintained their two-point lead over them with a 2-0 win in Czech Republic.

The Dutch need to beat Czech Republic at home and hope that Iceland, who drew 2-2 with Latvia to move a point clear at the top, to do them a favour.

In Group H, Italy maintained their unbeaten record and qualified for next summer’s finals with a 3-1 win in Azerbaijan.

Second placed Norway defeated Malta 2-0 at home, meaning they still sit two points clear of Croatia, who defeated Bulgaria 3-0, despite having to play the final 30 minutes with 10-men.

As it stands, the Norwegians may still need a win in Italy on Tuesday to secure automatic qualification, as the Croatians – currently in the group’s play-off spot – face the easier task of a trip to Malta in their final game.