Tottenham return to Wembley Stadium when they host KAA Gent on Thursday night (20:05) in the UEFA Europa League Round of 32 second leg clash.

Spurs, who defeated Championship outfit Fulham 3-0 on Sunday in the FA Cup, lost the first leg 1-0 in Belgium, thanks to Jeremy Perbet’s second-half strike.

Meanwhile Gent, who drew 1-1 against Standard Liege at the weekend, could write history in London this evening, as Tottenham have never lost to a Belgian team at ‘home’.

As for the visitors, fellow attacking midfielder Brecht Dejaegere poses a real threat to the Premier League’s chances of advancing into the competition’s last-16.

So, with both star men set to go head-to-head at Wembley tonight, here is how Alli and Dejaegere match-up so far in the Europa League this season… 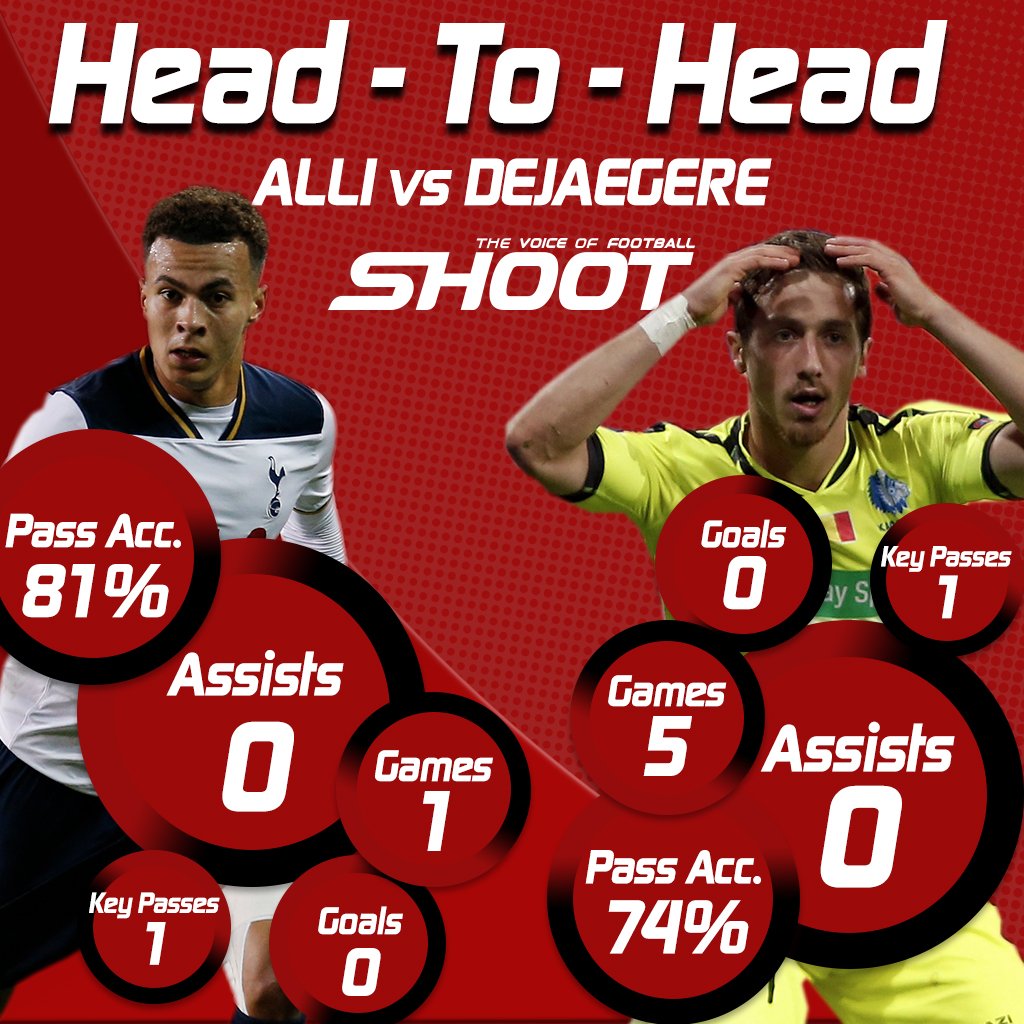