The Red Devils advanced to the last 32 after finishing second behind Fenerbahce in Group A, having won four of their six matches, and losing the other two.

However, since their last European outing, United have won 11 of their 15 domestic games, and in that time have reached the League Cup final, the fifth round of the FA Cup, and cut the gap on the top four to just two points.

A major factor in their excellent run of form has been Zlatan Ibrahimovic, who has netted 20 goals this season, and he’ll look to add to his two Europa League goals by leading Mourinho’s men to victory on Thursday night.

Yet, it won’t be easy against Saint-Etienne, who won Group C having remained unbeaten in their six matches, winning three and drawing the other three.

The French side, who finished sixth in Ligue 1 last season, are currently one place above that this time round having won ten of their 25 league matches, including four of their last five.

Christophe Galtier’s side certainly carry an attacking threat, and one man he’ll look towards is forward Nolan Roux, who has netted five goals in all competitions this term, and was their top-scorer last season with nine.

So, with these two key forwards set to go head-to-head on Thursday, here is how Ibrahimovic and Roux match up in their respective leagues this season… 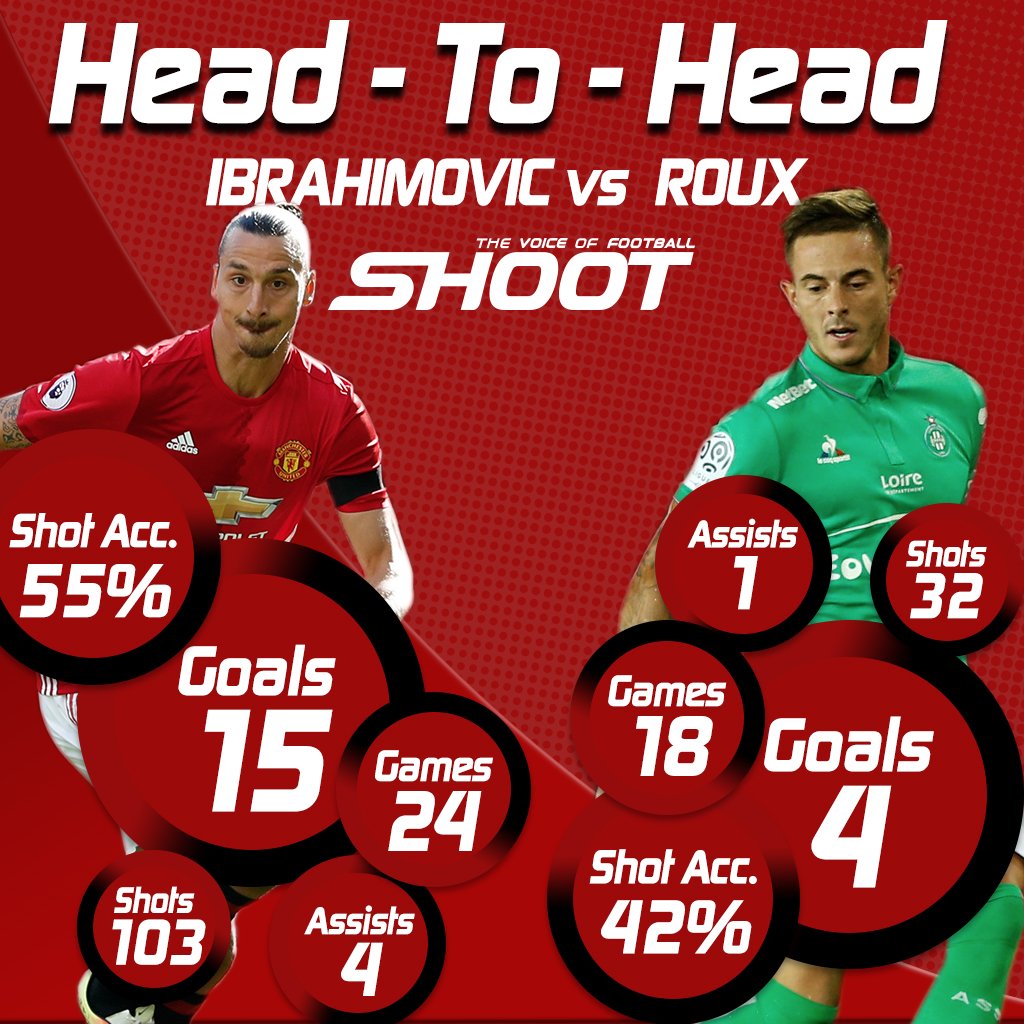