Everton close in on Onyekuru deal 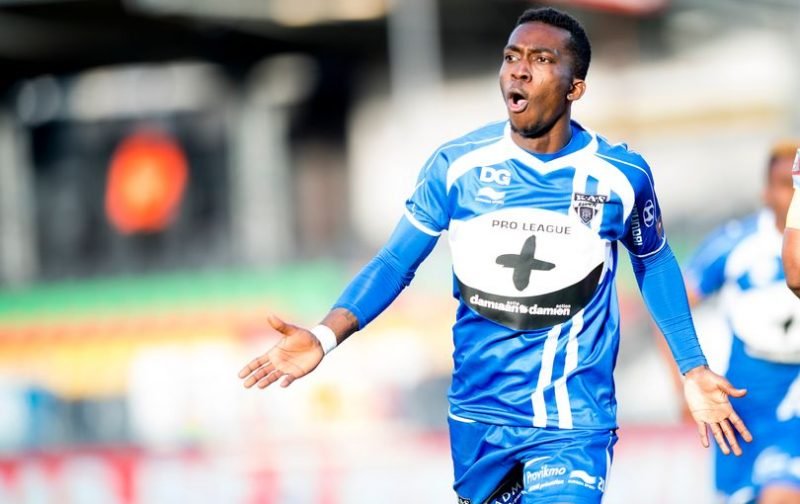 Everton have stolen a march on a number of Premier League rivals in the chase to sign Henry Onyekuru.

According to a report in the Daily Star the Eupen striker looks like being on his way to Goodison Park despite being watched by Liverpool, West Ham and Southampton.

Onyekuru was the inspiration behind Eupen winning promotion to the top division last season and has helped his side into the top half of the table where they are competing for a Europa League spot.

With Romelu Lukaku likely to be moving on in the close season there is an urgency in Everton’s need to bring in new striking options.

Despite only being 19 years of age Ronald Koeman’s scouting reports have suggested that Onyekuru could go straight into first team football at Everton.

Koeman has got great contacts across Belgium and Holland who have urged him to move in for the Eupen striker before Champions League clubs start showing an interest.