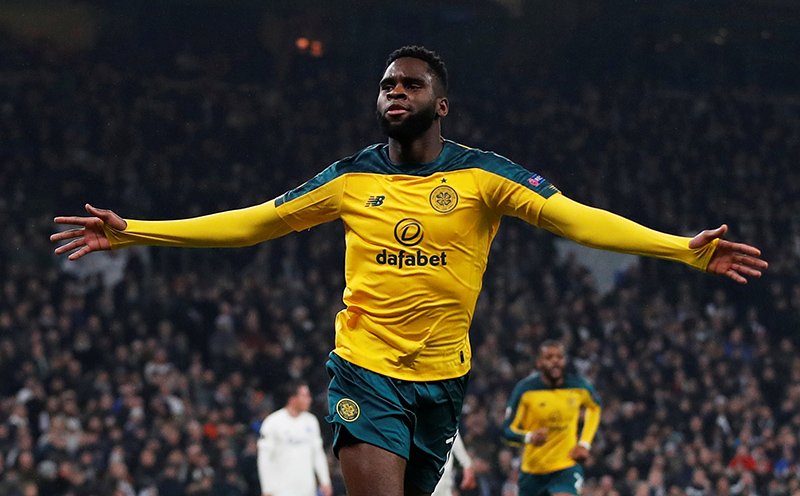 Everton are weighing up a summer swoop for Celtic striker Odsonne Edouard, according to reports.

The 22-year-old has scored 59 goals for the Hoops since initially moving to Scotland on loan in August 2017.

Now the Daily Mail report that the France Under-21 international’s form in front of goal has attracted interest from the Toffees.

Carlo Ancelotti is aiming to add to his squad this summer with the aim of helping the club compete for major honours.

It’s claimed that Everton’s scouting team have been to watch the ex-Paris Saint-Germain attacker on a number of occasions, including games against Kilmarnock and FC Copenhagen in February.

However, it’s thought that the Merseyside club are not alone in having an eye on Edouard with Tottenham and Leicester also keeping tabs.

It’s also reported that any club wanting to purchase the goal-getter would have to pay over £30million as PSG have a significant sell-on clause.

Edouard is the top scorer in the Scottish Premiership this season with 21 goals as Celtic look on course to secure a domestic quadruple treble.