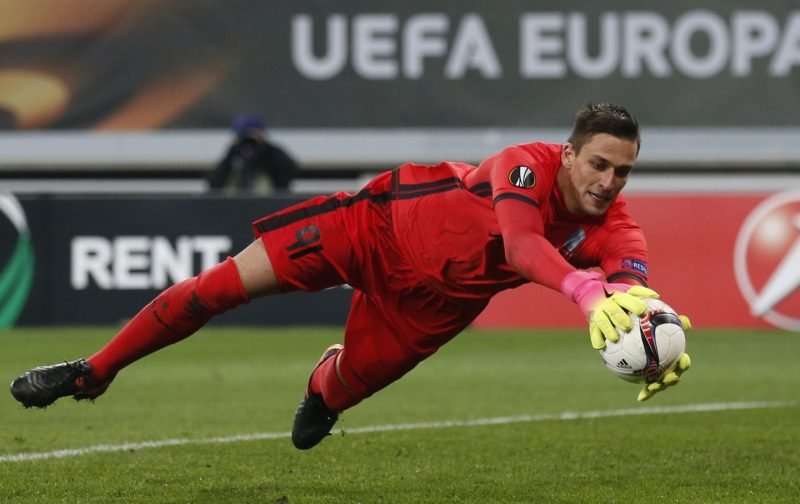 The 27-year-old only moved to the Belgian side back in January after eight years at Hadjuk Split, yet immediately set about becoming the club’s number one with 23 appearances in all competitions as Gent reached the last 16 of the Europa League, and finished third in the league.

And with nine clean sheets and just 25 goals conceded during his time between the sticks, the Croatia international has clearly made a difference for the side, and his impressive displays have attracted interest from Ronald Koeman’s Everton.

The Toffees are on the lookout for a goalkeeper after both Joel Robles and Maarten Stekelenburg endured indifferent campaigns at Goodison Park, so much so that it’s difficult to tell who is the club’s number one.

However, former Southampton boss Koeman appears to be sorting that department out, as recent reports suggest that the Merseyside outfit are lining up a €20 million bid for the 27-year-old.

It is believed that Gent will only consider a deal if they bring a replacement in, such is Kalinic’s ability between the sticks, yet it is a clear statement of intent from Koeman that the goalkeeping situation at Goodison Park is not strong enough and needs serious reinforcements if they are to challenge the top six next season.

It remains to be seen whether they can indeed get a deal done for the £4 million-rated shot-stopper (as per Transfermarkt), yet what appears clear is that Koeman would be disappointed if he weren’t to bring a new shot-stopper to Everton this summer.