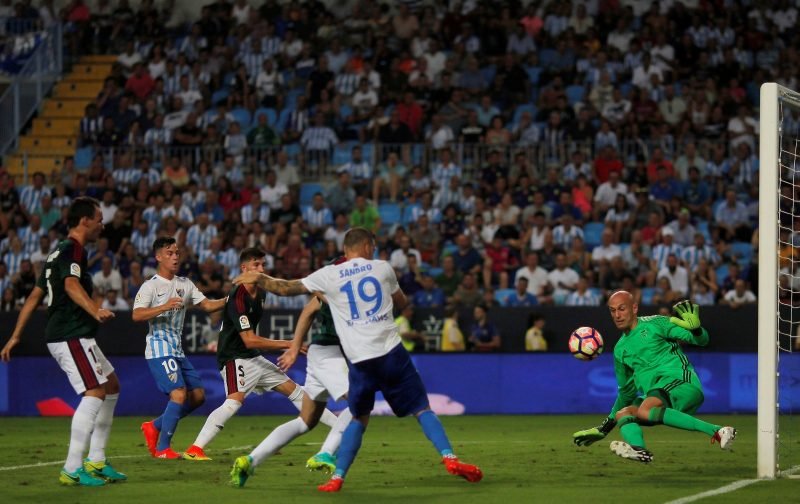 Premier League outfit Everton have joined the race for Malaga striker Sandro Ramirez, according to Spanish newspaper AS (via Sport Witness).

The 21-year-old has been in sparkling form for the La Liga side this term, scoring 13 goals and laying on two assists to help the club move well clear of the bottom three with just three games of the campaign remaining.

And with four goals in his last three games, including both in their 2-0 success over Tony Adams’ now-relegated Granada at the end of April, the Spain Under-21 international is one of the most in-form forwards in Europe, and has thus been attracting interest from across the continent.

And one club reportedly keeping tabs on Ramirez’s progress is Ronald Koeman’s Everton, who were comprehensively beaten 3-0 by Premier League leaders Chelsea on Sunday to remain seventh in the table.

The Toffees face a crucial summer in their bid to tempt star striker Romelu Lukaku to sign a new deal at Goodison Park, yet if they cannot reach an agreement with the Premier League’s top-scorer, Koeman will quite simply have to turn his attentions to other forward options, given that Lukaku has been directly involved in exactly half of their league goals this term.

And one man which could fit the bill is Malaga’s Sandro, who would reportedly be available for just €6 million given that a release clause of that figure was inserted into his contract when he signed on a free from Barcelona last year.

Thus, this looks like an increasingly beneficial deal for Everton to complete this summer as they look to try and sustain a challenge to the Premier League’s top six next season.