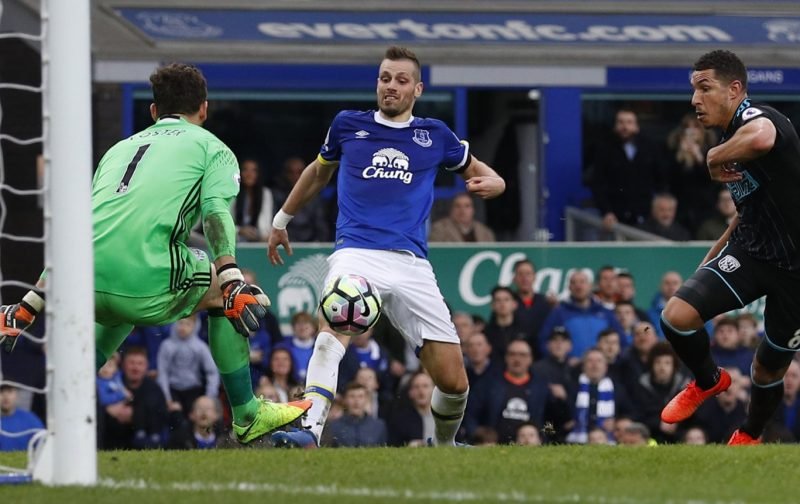 The Toffees were comprehensively beaten 3-1 by Merseyside rivals Liverpool at Anfield last weekend, before managing a 1-1 draw at Manchester United in midweek that all but ended their chances of finishing in the top four.

Koeman’s men go into today’s encounter three points adrift of Arsenal in fifth, so a Europa League spot is certainly a possibility for Everton, but victory over Craig Shakespeare’s resurgent Leicester is imperative if they are to be playing European football next term.

And based on the team Koeman has picked for this afternoon’s clash, Toffees fans are reasonably confident of recording a 15th Premier League win of the campaign.

Morgan Schneiderlin returns to the starting eleven, while Matthew Pennington, who scored against Liverpool last week, replaces the suspended Ashley Williams in defence.

Decent team that, would prefer Kenny over Pennington but glad Schneiderlin is back

@Everton @premierleague @LCFC Great to Schneiderlin back.Lets hope he stays injury free now as we have missed him badly.COYMT.

@Everton @premierleague @LCFC this was the perfect chance for lookman cba

@Everton @premierleague @LCFC Play @Alookman_ !! He deserves to be played!

Nonetheless, it seems that several Toffees supporters are confident that their side will get back to winning ways at Goodison Park today…

@Everton @premierleague @LCFC Best team we could play given the circumstances!

@Everton @premierleague @LCFC I'm happy with that, COME ON THE BLUES #EFCmatchday #efc