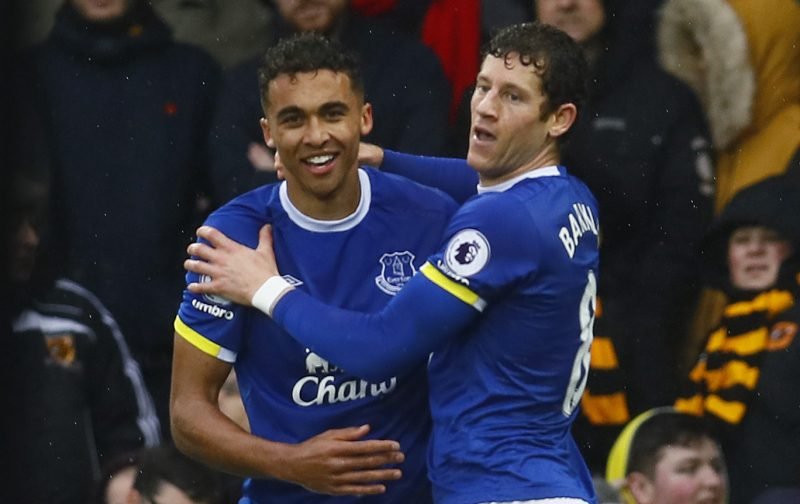 There’s every chance that if Everton are to have a chance of challenging for Europe and maintaining a high level in the Premier League over the next few seasons, then they’re going to have to rely on developing some of their young talent.

The Toffees don’t have the money to splash the cash at the same level as some of the teams just above them and are often forced to sell players, with Romelu Lukaku the latest player to be rumoured to leave Goodison Park, and that’s why Dominic Calvert-Lewin’s performance for the England Under-20s has gone down so well with Evertonians.

20-year-old striker Calvert-Lewin was on the scoresheet as England defeated Senegal 2-0 to continue his excellent progression, which has already seen him feature six times in the Premier League this season, and indeed bag a goal along the way in their 4-0 win over Hull City in March.

anyone else think it might be an idea to drop Ross back into a midfield 3 with gana an Davies, then play lookman an Calvert lewin with Rom?

@CalvertLewin14 save a couple for Saturday