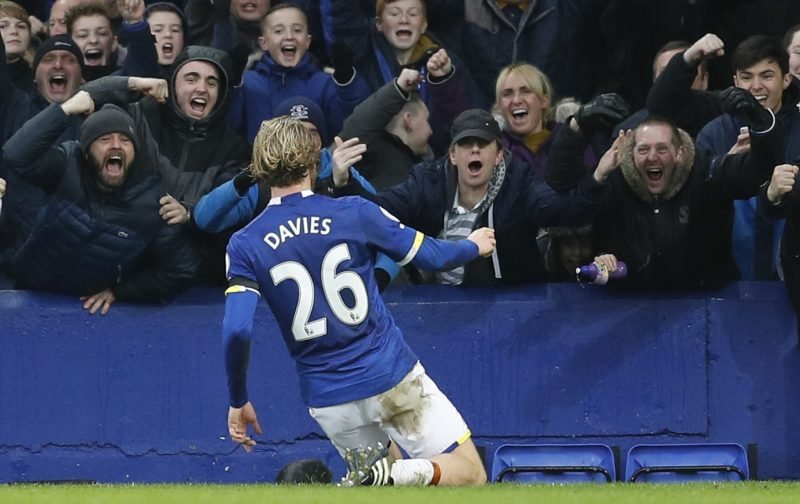 Following Saturday’s Merseyside derby day defeat, it’s safe to say Everton fans needed a bit of good news to cheer themselves up and what better news than one of the most talented youngsters in the Premier League signing a long term deal with the club?

News that Tom Davies has penned a five year deal will give anyone inside Goodison who feared he may become the subject of a transfer bid a sense of relief, as the midfielder has been instrumental in Everton’s recent good form, that was brought to an end at Anfield as Liverpool ran out 3-1 winners.

Davies signed a new deal last summer keeping him a the club until 2021 but has now agreed to a new deal with fresh terms after impressing during the campaign, starting ten Premier League games.

The youngster was given his debut under Roberto Martinez before interim manager David Unsworth handed him his first start and is now a vital member of Ronald Koeman’s team.

Here’s how Everton fans on social media reacted to the news the homegrown talent had signed a new deal:

If you came home + found Tom Davies in bed with ya missus what would be the 1st thing you did after congratulating him on his new contract?

It’s crazy to think that when Tom Davies finishes his 5-year contract he’ll still only be 23! He’s got a big future ahead of him! #EFC https://t.co/9qNMAxKpJK