Everton fans react to Lukaku and Williams on field row 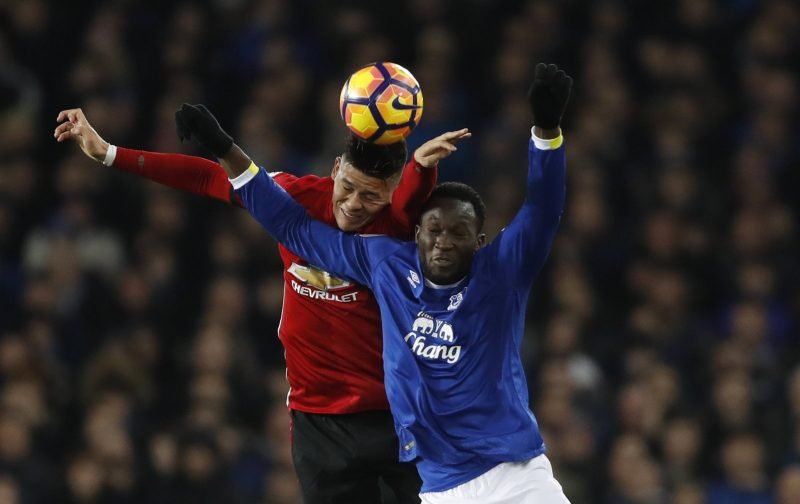 A few seasons ago a draw at Old Trafford would have been a great result for Everton but this season it feels almost like the bare minimum the Toffees should expect as United continued their trait of dropping points at home.

Tuesday’s one all draw was a tough pill to swallow for many Everton fans who saw their side concede a late, late penalty courtesy of an Ashley Williams’ hand ball from a Luke Shaw shot at the end of the game.

One of the more bizarre aspects of Tuesday’s draw wasn’t the manner in which Everton conceded or the fact they were reduced to ten men- albeit for a matter of seconds- when Williams was dismissed, but the way the former Swansea man and Romelu Lukaku seemed to get at each other verbally throughout the entire game.

Television cameras picked up Williams screaming at Lukaku to hold the ball up better while the striker told his team mate to shush before losing his temper with him when he conceded the penalty.

It won’t be what Ronald Koeman wants to see as he bids to try and keep Lukaku at Goodison next season.

What was with Lukaku shooshing Williams? Completely missed it, Anyone any ideas??

Blame Williams all you want, Lukaku had Barkley wide open for a tap in and selfishly went for a tight angle. Not CL standard.

2 things cost us that game

Lukaku being too greedy

Regardless of the Ashley Williams/Romelu Lukaku arguing, in my opinion you’re mad if you want Romelu Lukaku to go.

@EvertonBlueArmy I believe for the club to move forward we need him to go, although it’ll be sad it’s the right time. He’s outgrown us and thinks he’s better