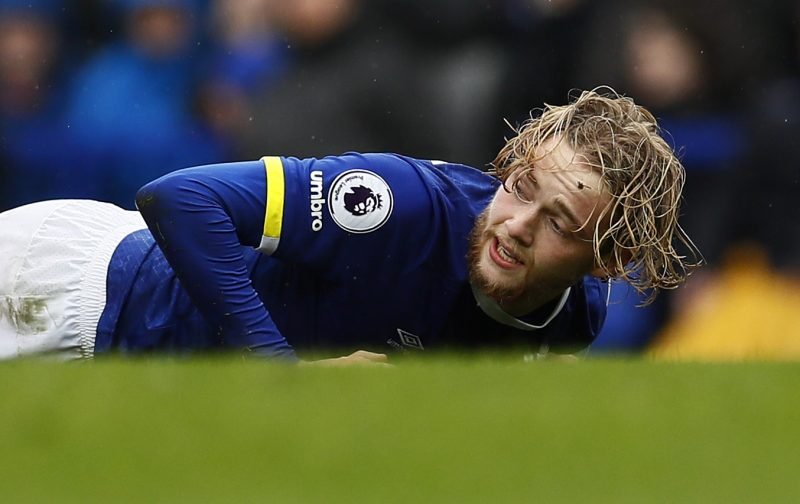 18 year-old midfielder Tom Davies is set to be rewarded with a new long improved deal at Goodison Park according to the latest reports as the club look to secure his services for the next five years as he’s established himself in the Everton first team making a dozen appearances since Christmas and becoming an integral part of Ronald Koeman’s side as the Toffees bid for a place in Europe, something which is still a possibility as they sit two points behind fifth placed Manchester United, albeit having played two games more.

Davies has been impressive for Everton over the past few months and given the fans plenty to cheer about as the team have picked up 23 points from a possible 30 during their last ten games a run which included an emphatic 4-0 win over Hull City last time out.

Fans of the Toffees have been giving their reaction to news of Davies new deal on social media:

ICYMI earlier today, Tom Davies is getting a new deal, but his ma will still give him a lift to training. #EFC https://t.co/dVCAiDwst2

Tom Davies getting a new contract after signing one like 7 months ago, can’t complain he’s earned one

With reports suggesting tom Davies is about to sign a new contract who thinks lukaku will follow?https://t.co/17KlKL9MN3