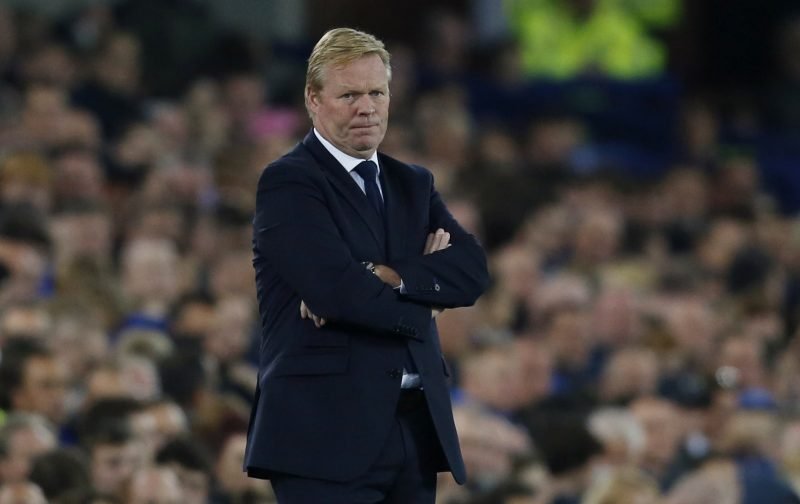 Anton Donkor could be set for a return to Goodison Park as Ronald Koeman has opened talks with the teenager’s club Wolfsburg in a bid to give him a second chance at the club according to the latest reports.

The youngster arrived at the club during the January transfer window in a deal that was meant to see him stay at the club until the end of the season but an ankle injury restricted Donkor just to three under 23 appearances and he returned to Germany to complete his rehabilitation.

Koeman is set to offer the 19 year-old a second chance though and it’s believed it could be a similar deal to the original one which saw Everton offered the opportunity to sign Donkor on a permanent deal for £1.5 million.

There were concerns that the German would need surgery on his ankle but that doesn’t appear to be the case paving the way for Everton to renew interest.

Here’s how Everton fans reacted to the news on social media:

David Unsworth on Anton Donkor: “All the scans said that he didn’t require an operation, but he is being rehabilitated back in Germany.” pic.twitter.com/LN23fzG3Q0

@LivEchoEFC He got injured that’s why he was sent back. His 1st game he looked top notch