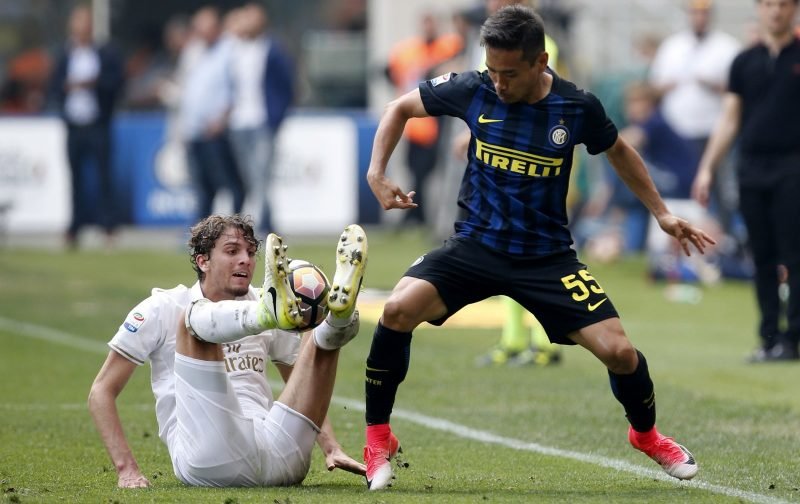 Premier League outfit Everton are thought to be interested in Inter Milan defender Yuto Nagatomo, according to Gazzetta dello Sport (via Sport Witness).

The 30-year-old has struggled for gametime at the San Siro this term, starting just ten of their 36 Serie A games, as well as four of their Europa League clashes earlier in the campaign.

And with just six starts in all competitions in 2017, it’s clear that the Japan international, capped 91 times by his country, is falling down the pecking order in Milan, yet he could be offered a route out of the club by Toffees boss Ronald Koeman.

Reports in Italy suggest that the Merseyside outfit are showing an interest in Nagatomo, and with Koeman having seen Seamus Coleman and Ramiro Funes-Mori suffer long-term injuries in recent months, he may need defensive reinforcements this summer to sustain a challenge to the top six in the 2017/18 Premier League season.

Koeman’s men will finish seventh in the Premier League this term regardless of results over the coming days, yet they have conceded 41 goals this season and lost ten games so far, tallies that will simply have to improve next term if they are to consistently mix it with the top sides in the country.

Thus, greater defensive resolve will be needed next term, and a player like Nagatomo, valued at just £3.6 million (as per Transfermarkt) and who has played almost 300 games in his club career, could be the ideal signing to help provide the experience and know-how needed to make Everton a better defensive unit next season.