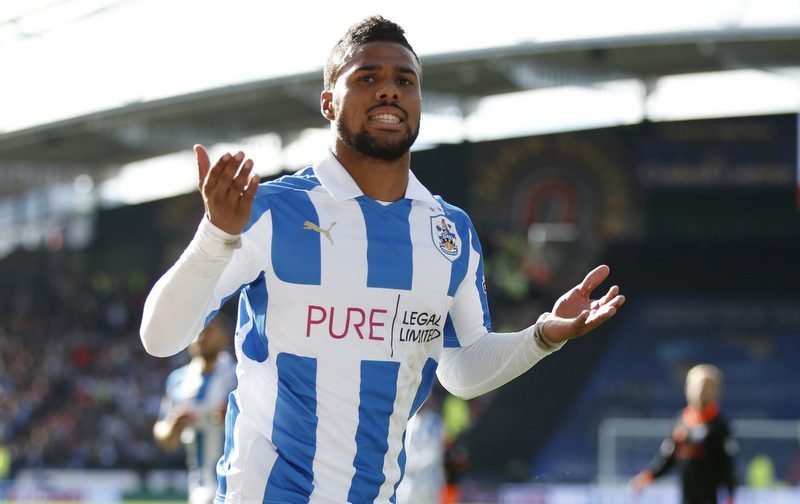 Everton, Middlesbrough and Watford are all reportedly interested in signing former Germany Under-21 international forward Elias Kachunga, according to the Mirror.

The Premier League trio have been impressed with the striker’s goalscoring exploits whilst on loan at Huddersfield Town following his season-long loan from Bundesliga outfit Ingolstadt, with The Terriers currently sat third in the Championship standings after defeating Queens Park Rangers 2-1 on Saturday.

The 24-year-old, who featured twice for Germany’s Under-21 side after making his debut against Ireland back in September 2014, has scored 10 goals and provided three assists in 32 appearances in all competitions for David Wagner’s side so far this season.

Kachunga, who began his career at German side Borussia Monchengladbach, is Huddersfield’s top goalscorer so far this 2016-17 campaign and has played a pivotal part in The Terriers’ push for promotion to the Premier League come May.

The report suggests Huddersfield have an option to sign the forward permanently at the end of the season for £1.5m on a three-year deal.