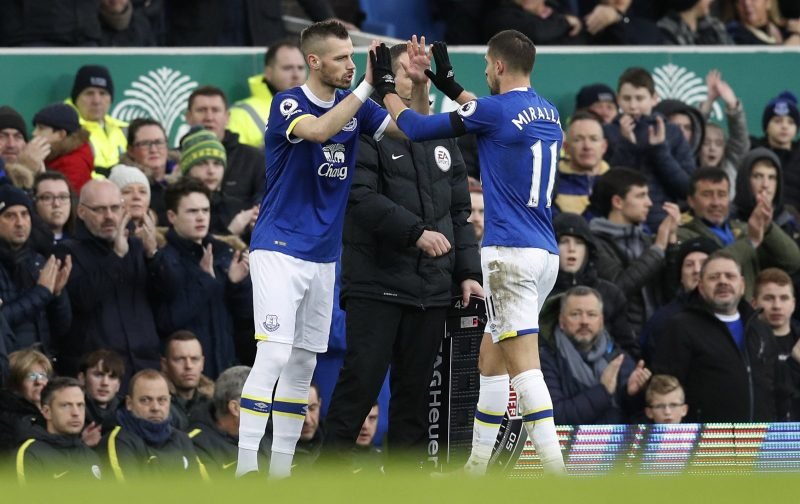 Former Manchester United midfielder Morgan Schneiderlin certainly isn’t feeling nervous about whether he made the right decision to move to Everton as the midfielder claims his new club can not only catch his old one in the table, but also arch rivals Liverpool.

Everton are currently five points behind Jose Mourinho’s side and a further point behind the red half of Liverpool, and the Toffees recent £24 million signing believes the gap can be closed.

“We want to finish high and catch the teams above us.

“Liverpool are six points clear, Manchester United are five – so why not? We can catch them if we had a good run of games. We need to finish strong so we want to give the fans Europa League football for next season and build a platform.”

Everton are certainly enjoying a rich vein of form as Ronald Koeman’s side are unbeaten in their last seven league games, while rivals Liverpool endure something of a meltdown, still waiting for their first league win in 2017 and slipping down the table from second to fifth following a series of disappointing results.

The Red Devils on the other hand remain fairly consistent but have been unable to move out of sixth place for months, the question remains whether Schneiderlin can help his side overtake English football’s most successful clubs and truly endear himself to the Goodison Park faithful.